The council of ministers of the Taliban-led Afghanistan government on Monday announced that the issuance of national IDs and passports will start soon. 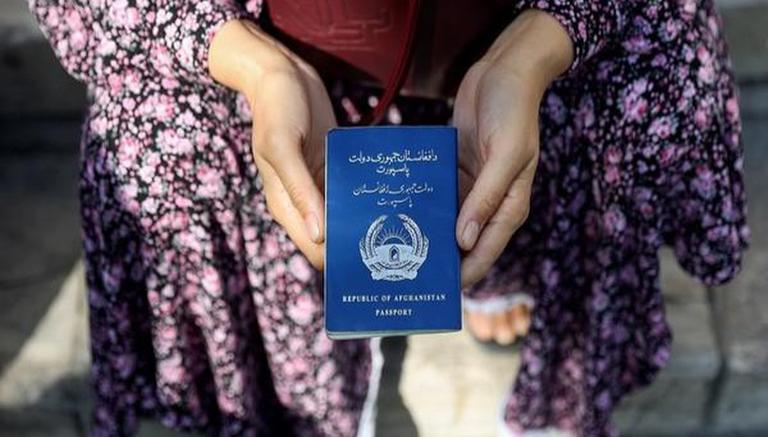 
The Taliban-led Afghanistan government, on Monday, announced that it would start the issuance of national identity cards and passports in the coming days, reported TOLO News. However, the Taliban-led Islamic Emirate of Afghanistan government has not revealed the exact date of the issuance. Notably, the ID and passport services were discontinued soon after the extremist group seized the national capital, Kabul. According to TOLO News, the development came after the council of ministers held a meeting on Monday. The report also claimed that the Taliban government directed the Ministry of Interior Affairs to start the process of issuing national IDs and passports.

The development would come as a relief for lakhs of Afghan nationals willing to either flee from the country or need to travel to other countries. Earlier on September 26, the extremist groups announced changing the national identity cards and passports issued by the Ashraf Gahani led government. However, the documents would be valid for the time being, reported Khama Press. Quoting the Taliban deputy minister of information and culture, Zabiullah Mujahid, the Khama Press reported that the minister has confirmed making changes in the country's name printed on the official documents. It would be renamed as "Islamic Emirate of Afghanistan", said Mujahid. Also, he reiterated that the validity of the documents issued in the previous government would also be considered valid.

Notably, the offices that deal with the issuance of passports and national identity cards are still closed after the Taliban took over.
Earlier, the extremist organisation replaced the women's ministry with the Ministries of Prayer and Guidance and the Promotion of Virtue and Prevention of Vice. It also barred female students and teachers from attending schools and colleges. It is worth mentioning that a series of incidents unfolded after the Taliban captured the national capital, Kabul, on 15 August, including a bomb attack. Since the Taliban's conquest, lakhs of desperate Afghan nationals have fled the war-torn country and taken asylum in different countries. Lakhs of people are still waiting for their turn to reach other countries.

Despite facing a barrage of criticism and pressure from international communities, the terror organisation stood staunchly against the requests and warnings. Last week, the United States Senate Bill proposed to impose sanctions on the Islamic Emirate of Afghanistan and its supporters. Despite a strong warning from America and other European countries, the Afghan Interior Ministry said any penalties on the war-torn country would repeat the failed policies of the United States in Afghanistan.