As Naseer Ahmad Faiq replaced former Afghanistan's Permanent Representative to the UN, the Taliban urged the world body to 'act on principles of impartiality.' 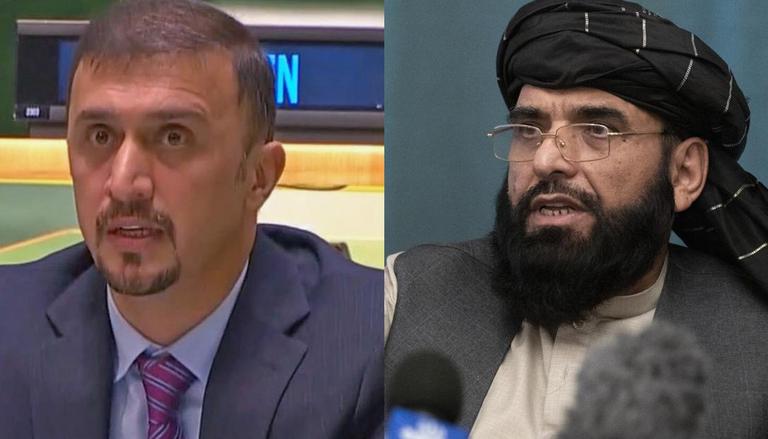 
As Naseer Ahmad Faiq replaced former Afghanistan's Permanent Representative to the United Nations (UN), the Taliban on Saturday urged the world body to 'act on principles of impartiality.' Speaking to Radio Free Asia (RFA) of Afghanistan, Taliban nominee for the UN, Suhail Shaheen said that the world body must allow an envoy of the Taliban-led interim cabinet to assume seat, instead of someone who has "no sovereignty nor is a part of the ruling government in Afghanistan."

Taking to Twitter, Shaheen also called out the UN, demanding a "proof of neutrality" by allowing him to represent the current Afghan regime.

"The UN must resolve the issue based on principle and do not allow the problem to further be worsened," Shaheen said to RFA.

1/2
UN is an August World Body and its credibility lies in its neutrality. I request it to prove its neutrality by giving the seat of Afghanistan at UN to the current government in Afghanistan which has sovereignty and writ all over the country.

2/2
Rules should supersede political preferences. Otherwise, its neutrality will be questioned.

The news comes after former Afghanistan's Permanent Representative to the UN Ghulam Muhammad Ishaqzai resigned from his position earlier on December 15. The long-term diplomat's step down came as the Taliban regime pushed the name of Suhail Shaheen for the post, after the former criticised Afghanistan hardline Islamist rulers at the UN Security Council in late November. As per the Khaama News report, the UN introduced Naseer Ahmad Faiq as Charge d'Affaires of the country's permanent representative to the UN through a press statement released on Saturday.

In the statement, the UN clarified that the permanent mission will continue its effort to work closely with all member states and the UN authorities to address the ongoing dire humanitarian crisis in Afghanistan. The diplomat will also ensure that the fundamental human rights of all Afghans including women, girls and ethnic minorities are allowed.

It is pertinent to mention that even after 4 months into the ruling, the Taliban have failed to implement the preconditions it had promised, which included a more liberal society. Shortly after the takeover of Kabul in mid-August, the Taliban had said it will eliminate terrorist safe havens, establish an inclusive government and ensure education for women and children. Nevertheless, as per UN Human Rights Council (UNHRC), human rights abuses have nearly doubled within two months of the Taliban regime.