The deputy director of the Taliban’s political office, Sher Mohammad Abbas Stanikzai on August 24 met with a German delegation led by its ambassador to Afghan. 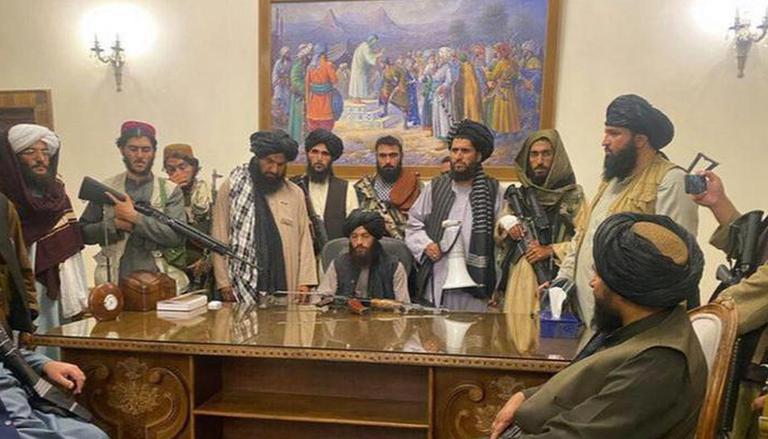 
The Deputy Director of the Taliban’s political office, Sher Mohammad Abbas Stanikzai on August 24, met with a German delegation led by its ambassador in Afghanistan, Markus Potzel. This was informed by a member of the Taliban’s political office, Suhail Shaheen, via Twitter on Wednesday. Meanwhile, the German envoy has also said that the terrorists have agreed to let Afghans “with legal documents” leave the war-torn country after August 31, the day on which the US is set to complete the withdrawal of their troops from Afghanistan.

Taliban’s spokesperson for English media, Shaheen also said that both sides exchanged views on the situation in Kabul’s Hamid Karzai International Airport. He said that Abbas led the delegation for the Taliban and talked about the timely withdrawal of foreign troops from the airport in the Afghan capital.

“The IEA delegation said foreign troops should withdraw by the deadline.  It will pave the way for resumption of civilian flights. People with legal documents can travel through commercials flights after 31 August. German delegation emphasized on continuation of humanitarian assistance to Afghanistan and added that suspended development projects will also be resumed after normalization of situation,” he added.

Potzel also confirmed the meeting and said that the “comprehensive discussion” focusing on the urgent need for a functioning airport in Kabul as a prerequisite for diplomatic & NGO presence in Afghanistan. He added,

“GER pledged to increase humanitarian aid for the AFG people through international organizations by €100million. Resumption of development cooperation will be dependent on conditions, as was the case with the AFG government in the past.”

Director Stanekzai assured me that Afghans with legal documents will continue to have the opportunity to travel on commercial flights after 31 August.

3/3
assistance to Afghanistan and added that suspended development projects will also be resumed after normalization of situation.
The IEA delegation appreciated and thanked the Government of Germany for their humanitarian assistance.

“They discussed the security of the Chinese embassy and diplomats, the current situation in Afghanistan, bilateral relations and China's humanitarian assistance.”

Contradictory to governments across the globe, China has not only chosen to keep its embassy in Kabul functional but has also not spoken about evacuating citizens even as the western leaders scramble efforts to ensure the safety of their citizens.