In an important “first of its kind” milestone for the Tamil-Canadian community, a Tamil Chair has been established at the University of Toronto this year. 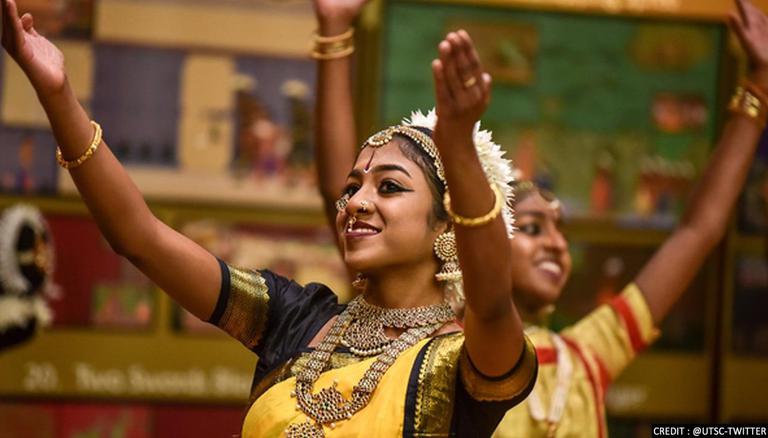 
In an important “first of its kind” milestone for the Tamil-Canadian community, a Tamil chair has been established at the University of Toronto this year. The project of launching the first-ever Tamil chair in a Canadian university was launched by the University of Toronto along with Canada-based Tamil groups back in 2018. Now, three years later, the officials have raised the sufficient funds that were pledged initially. Hence, the position will be located at the university’s Scarborough campus. Outside the Indian subcontinent, Canada reportedly has the largest Tamil population with over 300,000 people who have roots in India, Sri Lanka along other nations.

As per the official release, over 3,800 donors contributed to the 2018 grassroots campaign which was spearheaded by the Canadian Tamil Congress and Tamil Chair, Inc. Since then, several individuals, businesses and governments as well as community organisations have pitched in to bring about reality to the “dream of bringing Tamil Studies home to U of T. While the bulk of the donors are local to Scarborough and the eastern GTA region, the campaign has also earned international recognition, with philanthropic support arriving from ports as far as France, Australia and Malaysia.”

The Tamil community in my riding of #TorCen and across Canada is celebrating the historic accomplishment of reaching a $3 million fundraising goal to establish a Chair in Tamil Studies at the @UTSC, the first of its kind in Canada.#SJVChelvanayakam@ctconline @tamilchairTO pic.twitter.com/S32ilQmCiL

Important milestone for the Tamil-Canadian community on establishing a Tamil Chair @UTSC.

‘First of its kind in Canada’

While Tamil is among the world’s seven classical languages and its history dates back to over 2,000 years, the Chair in Tamil Studies represents the “first of its kind Canada.” As per UTSC, the chair is a “boon” to university’s “large and active Tamil-heritage student population, enabling the preservation and memorialization of Tamil culture and language through scholarship, and establishing a focal point for Tamil scholars all over the world to collaborate or pursue higher Tamil studies.”

The fourth-year Arts student, Kanitha Uthayakuma who has been actively part of the Tamil Students Association at UTCS said on the placement of Tamil Chair at UTSC, “There are a large number of Tamil students at UTSC. A lot of Tamil students want to learn their history. Having the opportunity to study Tamil at the university level would be great.” Sivan Ilangko, committee chair for the Chair in Tamil Studies, who is also president of the Canadian Tamil Congress and a director of Tamil Chair, Inc. said “we are proud.”

READ | 'Valimai' cast: Know about the actors in the upcoming Tamil film by filmmaker H Vinoth

“We are proud to establish a Tamil Chair at Canada's most prestigious university – the University of Toronto – and in particular to its Scarborough Campus, a part of our great city that is home to a large Tamil population. On behalf of the Canadian Tamil Congress and Tamil Chair Inc. we would like to thank each and every donor, volunteer and community group who contributed to this historical initiative,” said Sivan Ilangko.

Thanks to over 3,800 local and international donors, the Tamil Chair campaign at #UTSC has met its fundraising goal. #UofT https://t.co/vNJyAqqWXG pic.twitter.com/WSMFhYlVOm

READ | Tamil Nadu govt extends lockdown for another week from May 24 with stricter restrictions
READ | Tamil Nadu, UP, Mizoram join other states in extending COVID curbs as Centre cautions against laxity
First Published: 23rd May, 2021 18:37 IST
SUBSCRIBE TO US