A massive explosion at a chemical factory in Bangkok shook the Thai airport terminal. The fire has since killed at least one and injured 29 more. 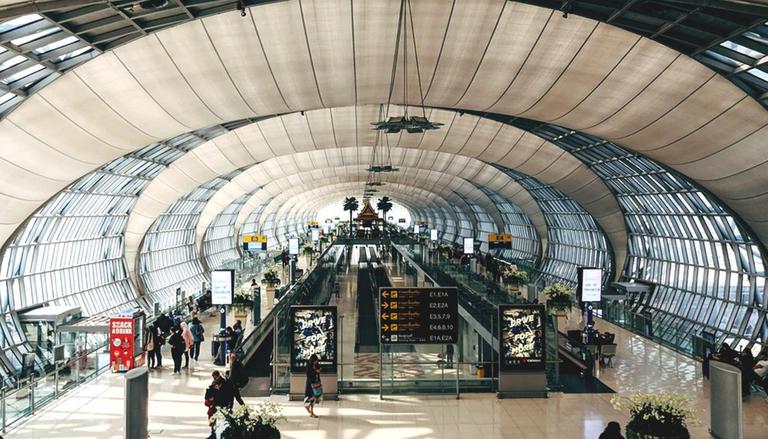 
A major explosion near Bangkok's international airport has shaken the Thailand capital. The fire that broke out of a foam and plastic pellet manufacturing factory just outside the Suvarnabhumi Airport has killed at least one and injured more than 60 people. The event prompted the evacuation of residents from the area.

Massive blast near the airport in Thailand

The fire broke out at around 3 a.m. at the manufacturing factory sending debris raining from the air. The Thailand blast prompted the evacuation of a wide area, including the hospital where casualties were initially treated. The spread of poisonous fumes from burning chemicals and the possibility of additional denotations added to the evacuation issue. By noon, 500 residents in the vicinity were moved to two shelters.

A massive explosion at a factory on the outskirts of Bangkok shook an airport terminal serving Thailand’s capital, injuring at least 11 and prompted the evacuation of residents from the area. https://t.co/BS5v8i6W8j

Firefighters who landed at the scene were forced to use helicopters to dump water on the blast scene. The large complex of the Ming Dih Chemical factory under fire was hard to access at first. Once again, the fire that was brought under control started causing trouble after a massive tank containing the chemical styrene monomer continued to burn, a local informed PTI. Pictures of the blast as well as its after-effects have begun to take rounds on the internet. The photos shared online sees homes and buildings near the airport with shattered windows. Some other photos show wreckage in the streets with black smoke clouding over the area.

According to local media reports, the initial explosion shook the terminal building at Suvarnabhumi airport. The effect set off alarms at the main international airport building. However, the airport officials confirmed that no flights had been cancelled following the blast. Meanwhile, the company, whose building complex went ablaze, is yet to release a statement.

The Ming Dih Chemical Co. has been in operation since 1985 in Bang Pli district and produces expanded polystyrene, known as Styrofoam. The blast in the company has caused the formation of a massive black cloud over the airport’s runway. According to AP, Thailand’s Industrial Minister Suriya Juangroongruangkit confirmed that the government sent air quality vehicles to check the air and is working together with the pollution control department to clear the toxic clouds.