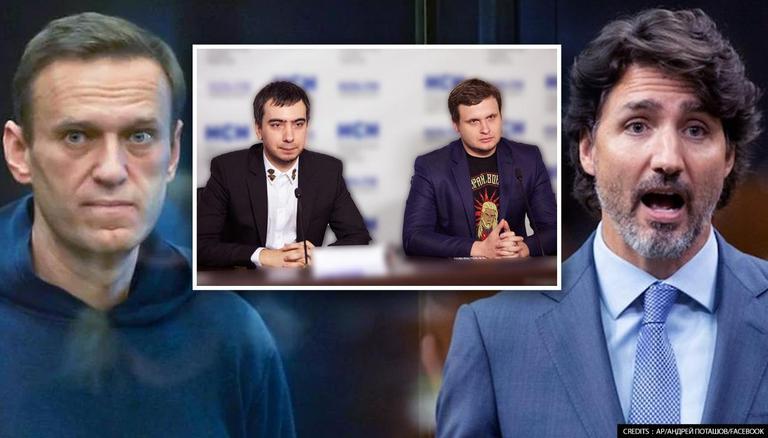 
Vladimir Kuznetsov and Alexei Stolyaro, a pair of Russian pranksters, duped Canadian lawmakers by pretending to be jailed Kremlin critic Alexei Navalny’s right-hand man before the House of Commons Committee shortly after which they similarly tricked several European politicians, reported Vice News. As per the report, the duo duped Canada’s House of Commons' foreign affairs committee during a closed-door meeting on April 22 when the lawmakers met to hear about the plight of the Russian opposition leader and called a mysterious “Witness 1.”

The Standing Committee on Foreign Affairs and International Development's meeting was held sans camera and hence, it was not broadcast and even the members were forbidden from discussing the details outside of the committee room. While Witness 1 was supposed to be Leonid Volkov, Navalny’s chief of staff, the committee heard from Kuznetsov and Stolyarov posing as Volkov. As per the report, the Canadian parliamentarians heard the ‘fake’ Volkov for about 25 minutes before the entire meeting was suspended. Following the resuming of the session, the meeting addressed other business.

Kuznetsov and Stolyarov confirmed to the media publication that they tricked the committee and even provided screenshots to confirm their prank. Further, the duo also clarified that the prank is not yet uploaded on their YouTube channel with a username ‘Vovan222prank’. Kuznetsov also denied mentioning the reason behind pranking the Canadian lawmakers and reportedly said, “I would not like to comment on this in detail before publishing the prank” but added that they wanted to make video pranks with the largest number of deputies across the globe. Notable, the House of Commons foreign affairs committee is now scheduled to hear from the ‘real’ Volkov on May 6.

Last year in November, Vladimir Kuznetsov and Alexei Stolyaro, known for targeting world leaders across the world, made Canadian Prime Minister Justin Trudeau their pawn by posing as the 17-year-old climate activist, Greta Thunberg. Releasing the audio of the phone call with Trudeau on November 23, 2020, the duo had pranked the leader reportedly in January. The Canadian PM is bombarded with questions by the ‘fake’ Thunberg on NATO, world peace and even US President Donald Trump.

The recording posted on YouTube begins with the Trudeau greeting the ‘fake’ Thunberg and says “Hello Greta”. The impersonator then can be heard responding “I understand that you have a lot of work and not so much time to talk to a young girl, but I'm very concerned about the growing international crisis.” Just a few days before the call had taken place in January, Ukrainian airlines were shot down ‘mistakingly’ by Iran amid growing tensions with the United States.