The White House physician said in his memo that after much discussion, it was concluded that the benefit from HCQ ‘outweighed the relative risks’ of COVID-19

A health memorandum released by the White House physician said on Monday that President Donald Trump is in ‘very good health’ and is free from symptoms of COVID-19 after regular testing, and following his admission that he takes Hydroxochloroquine. Trump has been testing for Coronavirus on a daily basis after two White House officials contracted the disease.

Regarding the use of Hydroxychloroquine for the treatment of COVID-19, Sean P. Conley stated in his memorandum that after much discussion, the doctors concluded that the benefit from HCQ ‘outweighed the relative risks’ of the virus.

Here is the memo from the President’s doctor 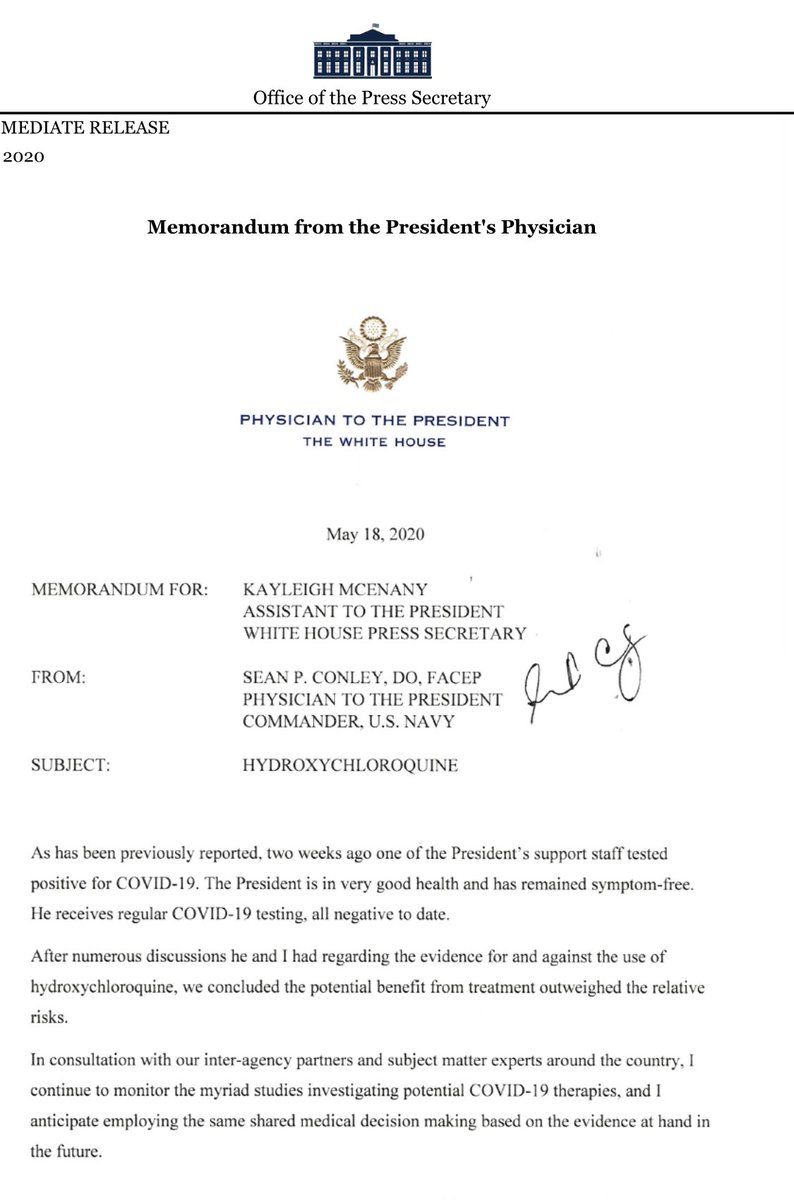 During an interview on a US news channel on Monday night, White House Speaker Nancy Pelosi expressed concern over Donald Trump taking HCQ to protect against the Coronavirus, also calling the President "morbidly obese."

Trump had told reporters Monday he has been taking the malaria drug along with a zinc supplement daily for over a week in an attempt to block the infection. Pelosi, however, stated she would prefer that he avoids it due to his "age group" and "weight group."

"He’s our President and I would rather he not be taking something that has not been approved by the scientists," she said. "Especially in his age group and in his, shall we say, weight group, morbidly obese, they say."

READ | Ivanka Trump Defends Donald Trump For Not Wearing A Mask, Explains Why He Doesn't Need It

According to the CDC, an individual with a BMI over 40 is considered morbidly obese. Trump's 2019 White House physical revealed he has a BMI of 30.4, which is defined as obese, but not morbidly obese.

HCQ is said to have serious side-effects including severe heart problems. It has not been proven effective against the coronavirus in a single clinical trial that used a control group. One such study in Brazil was halted over concerns of fatal heart complications.

When asked about side effects, Trump told reporters, “All I can tell you is, so far I seem to be OK.”