UK Minister Tariq Mahmood Ahmad said on May 17, Tuesday that he has been "acutely aware" of the problems encountered by Pakistan's minority populations 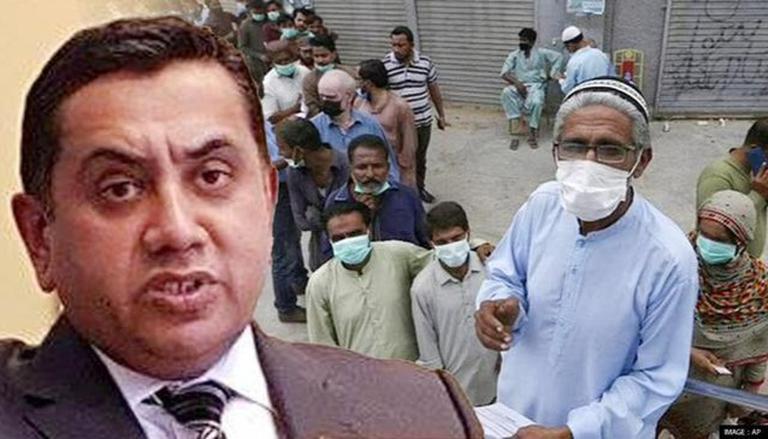 
Member of the House of Lords of the United Kingdom, Tariq Mahmood Ahmad stated on Tuesday, May 17 that he has been "acutely aware" of the problems encountered by the minority population in Pakistan, adding that these matters are being discussed in a "constructive" manner with Islamabad. During a discussion in the House of Lords, the Minister made these comments while addressing questions.

In response to a query from Raminder Singh Ranger, the House of Lords member, who brought up the recent killing of two Sikhs in Peshawar, Pakistan, Ahmad replied, “Being of the Ahmadi Muslim community myself, I assure the noble Lord that I am acutely aware of the challenges faced by minority communities in Pakistan, and we raise these in a constructive way," ANI reported.

Furthermore, Ahmad, in his remarks, emphasised the United Kingdom's vital and constructive relationship with Pakistan's government. The Minister of State for Foreign Commonwealth and Development Affairs noted, “In 1947, the British created two countries: one to promote people on the basis of their religion and the other to promote people regardless of their religion. You can see the two different countries now. People in Pakistan--Ahmadis, Sikhs, Christians and Hindus--are prosecuted and forcibly converted, and Shia mosques are attacked," ANI reported.

In addition to this, Ahmad also took note of the Kashmir issue, stating that it is up to India and Pakistan to go ahead and ensure that both nations have a bright future. He further added that both countries share so much in regards to culture, language, and a common, shared future of prosperity for the territory. He also stated that any claim of human rights violations should be taken seriously and fully examined.

READ | India to deploy S-400 missile system against Pakistan and China by June: US

It is pertinent to mention here that Mohammad Yasin Malik, the leader of the Jammu and Kashmir Liberation Front (JKLF), pleaded guilty to all charges, which include those under the stringent Unlawful Activities Prevention Act (UAPA), in a case involving purported terrorism and secessionist activities that shook the valley in 2017, according to court sources. On May 19, Special Judge Praveen Singh will hear arguments over the quantum of the sentence, with Malik may facing a potential term of life in prison, as per media reports.