Heavy military movement was seen among the Ukrainian soldiers in a trench at the line of separation near Sentianivka, Luhansk region to counter Russia. 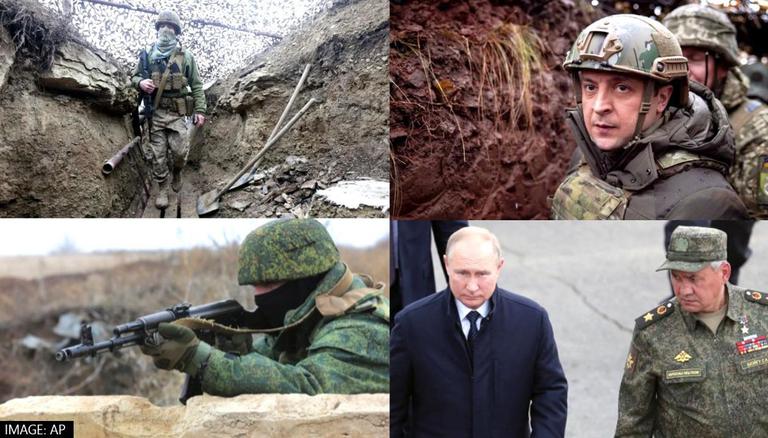 
Ukraine has mobilised the civilians to an abandoned Soviet-era asphalt plant this weekend to train them of combat readiness if the enemy Russia invades their country. Including the 50 Ukrainian nationals who arrived on the border this weekend, dozens others have been moved to the army reserves for military training as Moscow has stationed 100,000 troops on the frontier with its Soviet-era neighbour, according to multiple on-ground reports.

Russia is plotting to launch a large-scale ‘multi-front’ offensive on Kyiv, with nearly 175,000 troops in early 2022, a US intel report warned earlier this month. As Russia concentrated troops and weaponry on the volatile Moscow-Kyiv border and annexed Crimea, the US and transatlantic security alliance NATO does not consider the matter a bluff. 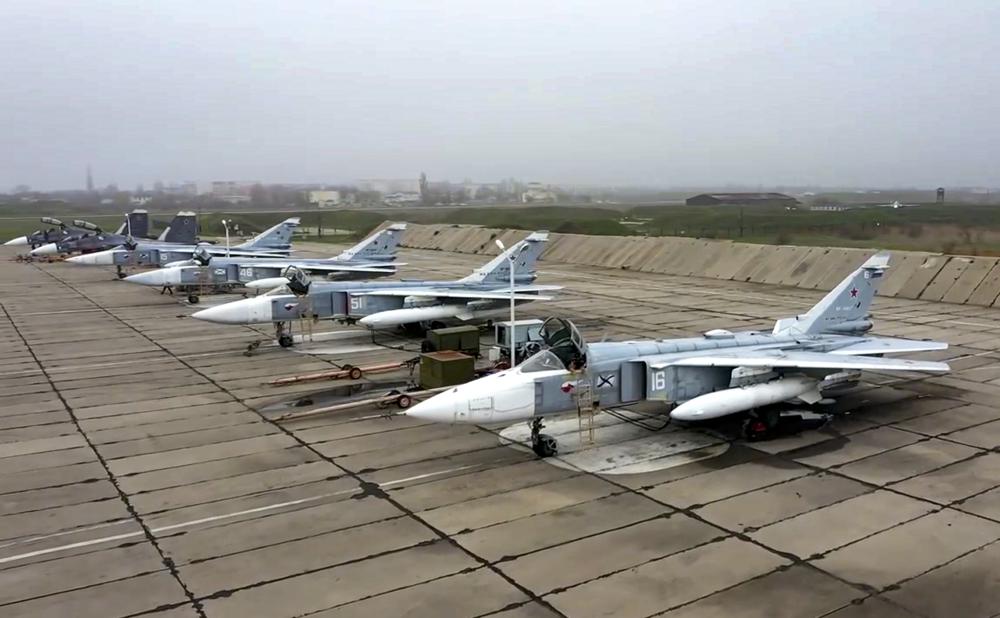 This photo released by Russian Defense Ministry Press Service, shows Russian Su-24 bombers parked at an air base in Crimea in preparation for maneuvers. [Credit: AP] 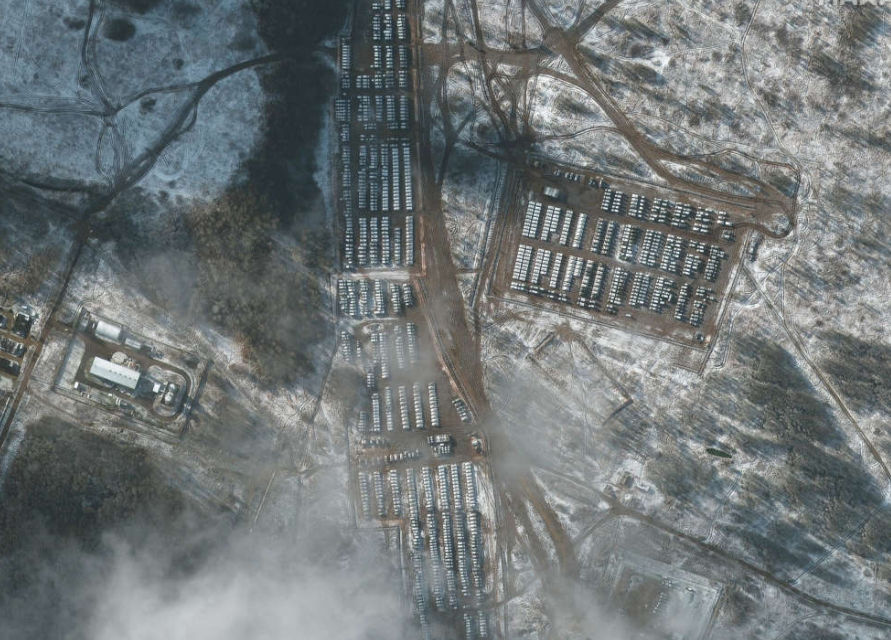 Villagers of Nevelske, northwest of the rebel-held city of Donetsk located about 3 kilometres (2 miles) from the line of contact between the separatists and the Ukrainian military, told reporters from Associated Press that they hear small arms fire, artillery, and mortar shelling frequently. Many war survivors predict a full-scale hostility and have fears that ‘a big war will start’. “The worse Ukraine-Russia relations are, the more simple people are suffering,” 68-year-old Momot, who now is homeless, said. “Who could have imagined that? I was preparing for the winter, stocking up coal and firewood.”

Recently, as troops amassed on both sides of the Russia-Ukraine conflict line, a mortar shell struck her house. Momot fled to a nearby settlement anxious about the scenes of war in Donbas that erupted in April 2014 and killed more than 14,000 in the fighting. A 2015 peace agreement brokered by France and Germany ended large-scale conflicts but sporadic skirmishes kept breaking at the volatile line. Russia's recent unfolding of its aggressive military designs has once again fueled war fears.

READ | Russia to bat for inclusion of military in Jan talks with US over Ukraine, Arms Control

In a two-hour-long videoconference dialogue, US President Joe Biden had warned his Russian counterpart President Vladimir Putin of strong economic and other measures” if Russia attacked Ukraine. But Kremlin’s readout largely blamed NATO’s military expansion in Eastern Europe and Ukrainian soldiers for the escalating border tensions and crisis.

READ | 'European' gas that Kiev has been buying from Western partners is Russian: Ex-Ukraine PM 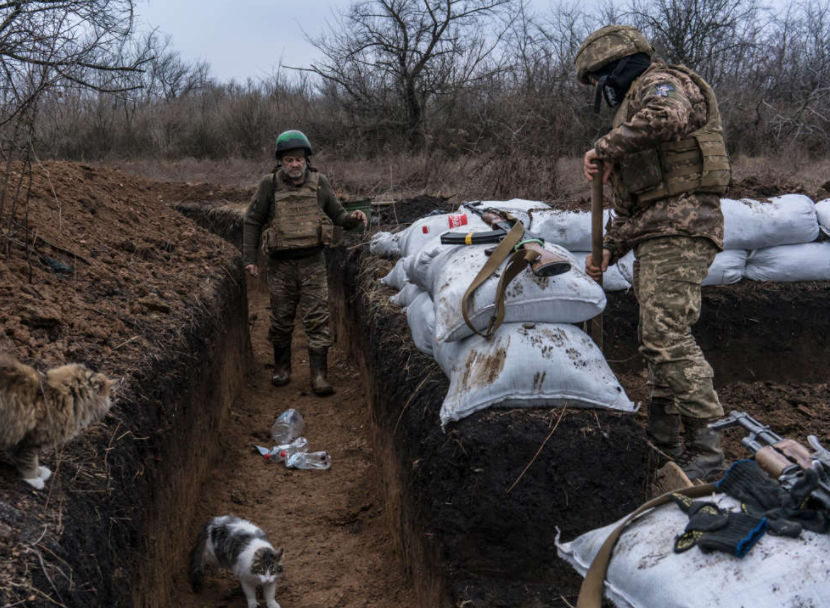 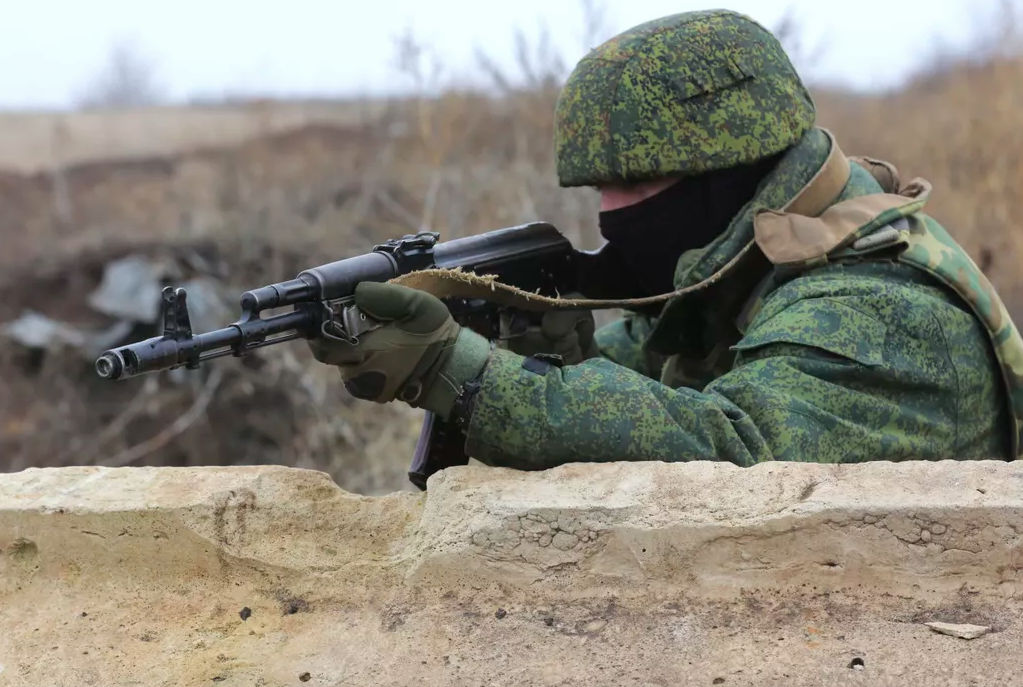 A serviceman holds his Kalashnikov gun as he guards at the line of separation near Sentianivka, Luhansk region, controlled by Russia-backed separatists. [Credit: AP]

On Dec. 12, satellite imagery showed the Ukrainian soldiers building a bunker on the front line in Zolote over speculations that Russian soldiers, that back the separatists after a 7-year-long war, are prepared to invade the Donbas region. The heavy military movement was seen among the Ukrainian soldiers in a trench at the line of separation near Sentianivka, Luhansk region, which is controlled by Russia-backed separatists in eastern Ukraine. 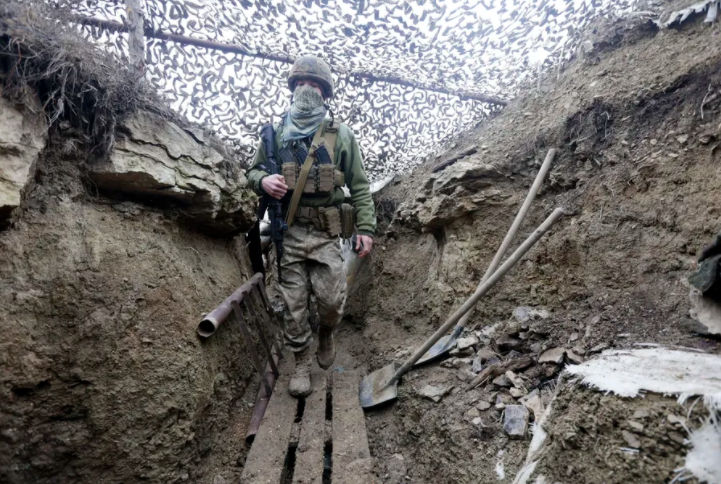 A Ukrainian soldier walks under a camouflage net in a trench on the line of separation from pro-Russian rebels in Ukraine’s Donetsk region. [Credit: AP]

Ukraine warned Russia against settling separatist conflict as Ukrainian soldiers took their positions on the front line pointing Kalashnikov guns at Russian troops as they guarded the line of separation near Sentianivka. Ukrainian leader Volodymyr Zelenskyy visited the region as he was seen walking under camouflage net in a trench in the war-hit Donetsk region, overseeing deployment of the Ukraine's army, which totals 215,000 soldiers that fight the Moscow-backed insurgency in two breakaway regions that has seen bloodshed and has costed 13,000 civilian lives. Russian President Vladimir Putin denied plans of invasion. 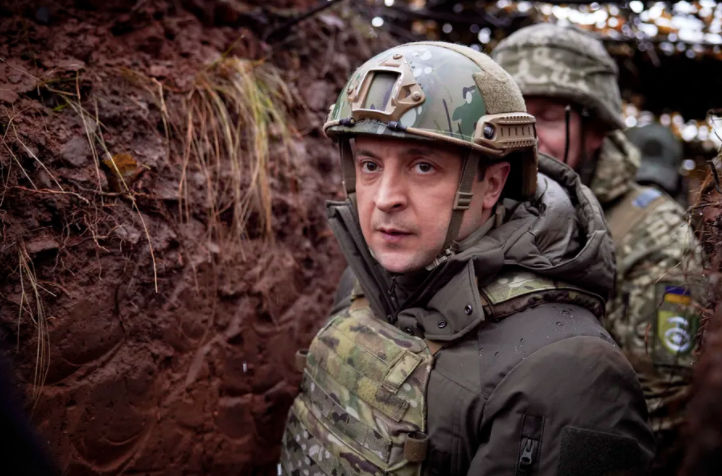 But Kyiv, battle-ready, has now mobilised about 100,000 civilians under the reservist battalions who are learning "how to handle weapons, how to behave in a battle environment, how to defend cities.” They are being trained by battalion commanders, including Vadym Ozirny with weaponry and have been conducting command assignments to protect their country, one Ukrainian civilian now training for combat told agencies taking stock of the war-like situation on the ground. In interviews with the reporters on the ground, these civilians now call themselves ‘Ukrainian service members’ and are demonstrating combat readiness “to defend our land.”

WE RECOMMEND
US NSA Jake Sullivan, Polish counterpart discuss Russia's 'military build-up' near Ukraine
'European' gas that Kiev has been buying from Western partners is Russian: Ex-Ukraine PM
US plans to provide Ukraine with intelligence on Russia's actions along Donbas region
US and UK help prepare Ukraine for potential Russian 'cyber attack' as tensions soar
UK to allocate additional $1.32 bn for Ukraine in support for new investments, trade