UN investigator Quintana stated North Koreans have endured a deteriorating hardship since the COVID-19 constraints, which include increased isolation and more 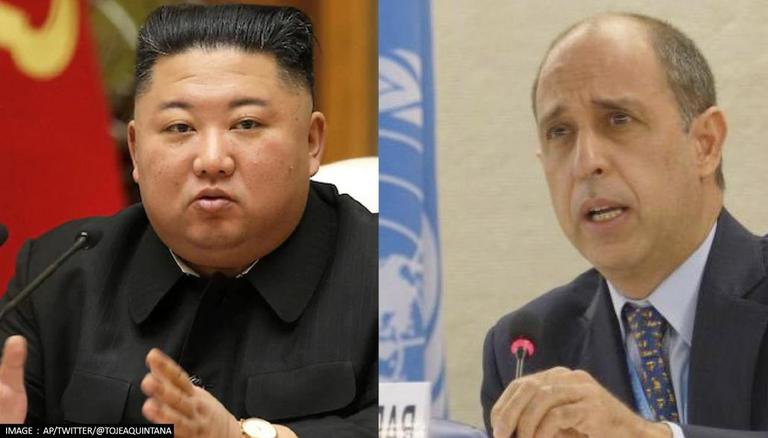 
A United Nations investigator stated in a report which was issued on October 12, that North Korean citizens are living under tight pandemic constraints and are experiencing food shortages. As per the report, the most vulnerable section of the population which are subjected to the situation are children and elderly people who are at risk of starvation.

In a report published by the Office of the United Nations High Commissioner for Human Rights (OHCHR), investigator Tomás Ojea Quintana stated that the agriculture sector in North Korea was encountering multiple challenges due to a drop in fertiliser and other agricultural imported goods from neighbouring China as well as the effect of U.N. and sanctions imposed stemming from its nuclear program.

As per AP, Quintana went on to say, “severe economic hardship and increased vulnerability to human rights violations among the general population,” had occurred from the prolonged and stringent pandemic restrictions, since the emergence of the pandemic. The restrictions comprise a complete border closure, travel bans between countries and towns, and a ban on non-essential imports, notably humanitarian aid.

According to the Argentine lawyer Quintana, more than 40% of North Koreans remained "food insecure" prior to the COVID-19 outbreak, with people suffering from starvation and stunted development. The United Nations Food and Agriculture Organization reported that the number has risen post-pandemic. He further added that the price of rice and corn had increased in different regions in June.

UN investigator Quintana further stated that North Koreans have endured a deteriorating hardship since the COVID-19 constraints, which include increased isolation, broader and harsher state authority over people's life, suffocating the economic activity, as well as the departure of humanitarian groups from the nation. He said as a consequence, families can no longer sustain themselves, adding that they are frequently going into debt and selling household belongings to make ends meet.

Citing Quintana, AP reported, “Many factories and mines have shut down because of a lack of power, machine parts and raw materials, The number of homeless people and street children is increasing ... (and) social concerns such as prostitution, drug use, trafficking of drugs and robbery are reportedly on the rise due to economic deprivation.”

Ojea Quintana also revealed that the government has enlisted city dwellers, who were recently discharged military personnel, orphaned children, as well as married women to boost agricultural productivity and labour on farms. Further, in his last report on human rights in North Korea, he asked the Security Council for considering removing the sanctions which significantly impede humanitarian aid and human rights, especially under the COVID-19 pandemic.

He has also reiterated his request for the United Nations' most powerful authority to send North Korea's condition to the International Criminal Court or create a tribunal to examine suspected crimes against human rights violations.

Meanwhile, North Korea's leader, Kim Jong Un, asked authorities on Monday to overcome the nation's "grim situation" and exceptional obstacles by stepping up attempts to improve the nation's food and living standards. According to state media, Kim reiterated the governing Workers' Party's commitment to carry out a five-year plan to enhance the national economy and solve the people's food, clothing, and housing difficulties, in his address celebrating the 76th anniversary of the party's establishment.