As Typhoon Rai devastated the Philippines last week, the United Nations has decided to launch a fundraising drive to raise $6.5 million on Friday. 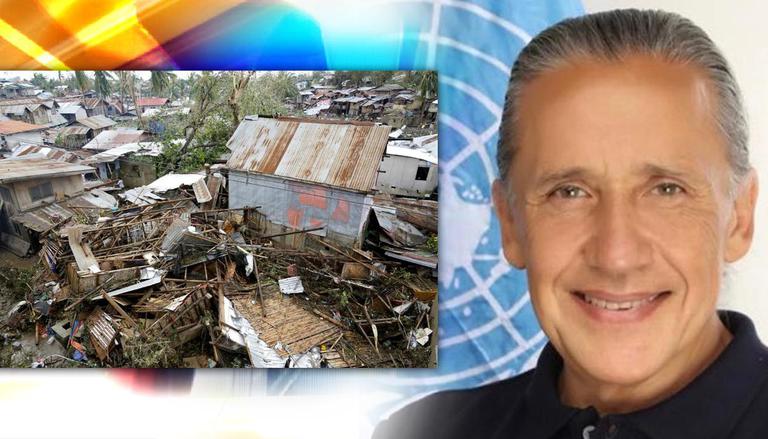 
As Typhoon Rai devastated the Philippines last week, the United Nations has decided to launch a fundraising drive to raise $6.5 million, around Rs 48 crores on Friday to help the victims of the Typhoon. During a virtual press conference of the United Nations on December 23, Gustavo Gonzalez, the UN humanitarian coordinator announced the details about the fundraising drive stating that they will be unveiling the drive at the local level the international community represented in Manila.

He further stated that right now the funding request is $6.5 million and the funds will go to 530,000 people in the worst-affected areas who require healthcare, access to drinking water and sanitation infrastructure. Gonzalez also stated that they will put all of this announcement into tangible measures as quickly as possible.

Gustavo also emphasised the concerns of climate change as last week it was predicted it be a tropical storm that intensified to a Super Typhoon in just a matter of hours, which affected the anticipatory actions. He further stated that this is a lesson to learn about the impact of climate change. He also shared the figures claiming 3 million people are in need of assistance and among them is 1 million children. He also stated that the Typhoon displaced 631,000 people displaced. Typhoon Rai destroyed areas of the Philippines, killing at least 375 people, mostly in the Visayas and Mindanao regions. It wrecked homes, uprooted trees, and cut electricity to several cities across the country.

On Monday, Gonzalez stated that they are cooperating with government officials to ensure that they give timely assistance to the victims and praised the professionalism of frontline responders headed by government officials, armed forces, and others engaging in evacuation, search and rescue activities under extremely challenging conditions and logistics. According to the UN News, Gonzalez's responsibility is to coordinate the response of UN agencies in the Philippines, as well as NGOs and private sector partners in the country, who are working with the government to address immediate needs in the shelter, health, food, protection and other life-saving actions.

Natural disasters in the Philippines

In 2013 November, Typhoon Haiyan struck many of the central provinces, killing around 6,300 people, according to UN News. The Philippines experiences an average of 25 typhoons per year, as well as regular earthquakes, tidal flooding and alerts from 21 active volcanoes.