Stephane Dujarric revealed that he has been tested positive for the COVID-19 disease and will be quarantined according to medical procedures. 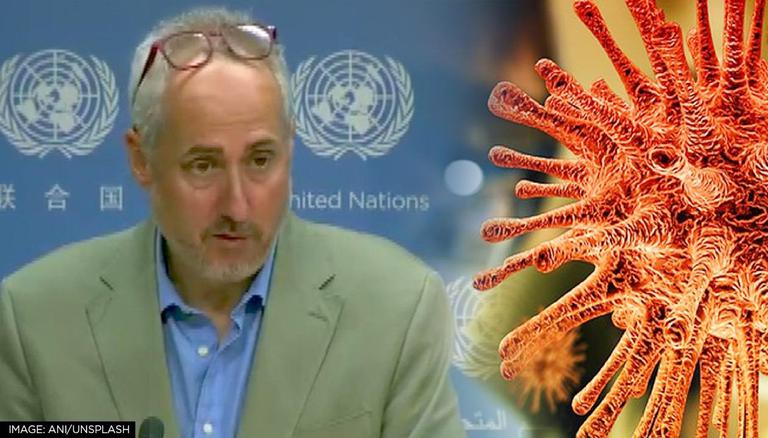 
Stephane Dujarric, the spokesperson for United Nations Secretary-General Antonio Guterres, informed that he has been tested positive for COVID-19 and will be quarantined according to medical procedures. On Wednesday, Dujarric stated, “Earlier today, as part of routine testing for work, I received a positive result on a COVID-19 PCR test. I am in close contact with the UN Medical Services and will isolate as per medical guidelines," ANI reported.

Furthermore, UN chief Guterres has started working from his New York City residence on Wednesday after the announcement of Dujarric's positive result, as per the VOA News. Guterres claimed that the United Nations might have been exposed to the disease for the second time in less than a week.

In addition to this, Dujarric stated that he had obtained a booster dose and was completely inoculated. He stated he was having "very mild" COVID symptoms and will keep working from home, according to Sputnik. While taking extra precaution, the Spokesperson's Office will function virtually till the end of this week. Late Wednesday, Dujarric sent an email to reporters while informing them about his conditions. On Tuesday, he had even delivered his regular news briefing in person, VOA News reported.

Meanwhile earlier, UN head Antonio Guterres was also in self-isolation after coming in contact with a UN staffer who was tested positive for COVID-19, his deputy spokesperson Farhan Haq said on December 8. The UN Secretary-General was scheduled to speak at a high-level conference for the UN Central Emergency Response Fund on Wednesday, as well as at the UN Security Council's open discussion on security in the perspective of terrorism and climate change on Thursday.

According to ANI, Farhan Haq wrote in a statement to the UN press corps on Tuesday that the UN Chief had displayed no COVID symptoms and was tested negative at first. Guterres had cancelled all of his appointments out of an excess of caution. After two days of quarantine, Guterres had ended his isolation after being tested COVID negative.