The UN Children's Fund (UNICEF) intends to use a logistics centre in the Uzbek city of Termez to deliver humanitarian assistance to Afghanistan. 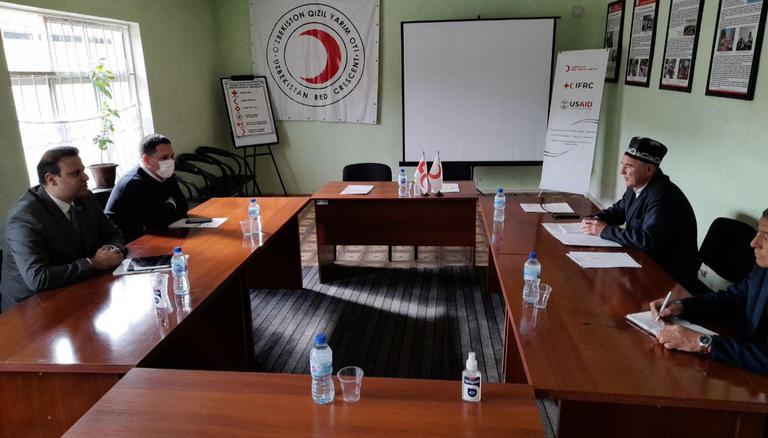 
As Afghanistan plunged into a severe humanitarian crisis, especially children, a philanthropic UN agency said it is planning to re-route the humanitarian aid via Uzbekistan. In a Twitter post, United Nations Children's Fund Representative in Uzbekistan, Munir Mammadzade, said the agency has planned to use a logistics centre in the Uzbek city of Termez to deliver the cargo filled with medicines and other basic equipment like blankets, tents and plastic cutlery to the lakhs of helpless children in Afghanistan. According to him, the aid will initially reach Termez Cargo Center and will later be transported to the war-torn country.

Notably, the charitable UN agency responsible for providing humanitarian and developmental aid to children worldwide has chosen the  Termez Cargo Center as it is situated only 1.24 miles away from Afghanistan international borders. "Had a 2 days fruitful visit to Termez to discuss the potential use of the humanitarian logistical hub for Afghanistan by UNICEF and brainstorm with the local authorities on possible engagement and programming in Surkhandarya in partnership with @EU_Tashkent and UN sister agencies," Mammadzade tweeted.

In the series of tweets, Mammadzade said he also met with the officials of the cargo centre and the local representatives as thousands of Afghans have been residing near a local training centre. During his visit to Termez, he also met with the Afghans and enquired about the requirements. "Pleased to meet H.E. @Ibragimov_Bakh to brief about the ongoing @UNICEF_UZB/ @GOVuz priorities and plans in advancing the rights of children, women and youth, particularly those in need and discuss plans on using Termez as a corridor to address the humanitarian crisis in Afghanistan," Mammadzade said in a subsequent tweet.

In October, the UN refugee agency airlifted 96 tonnes of humanitarian assistance, including basic necessities, for Afghanistan to the Termez Cargo Center, Russian news agency Sputnik reported. The first 40 tonnes of cargo stored at the centre were delivered to the Afghan city of Mazar-i-Sharif on Wednesday. Earlier this week, the UN High Commissioner for Refugees, Filippo Grandi appealed to the international communities to come forward in order to help the Afghan people. He said that the humanitarian situation in Afghanistan is 'pretty desperate' and stressed sending food, medicines, shelter and other necessities urgently to the war-ravaged country.