A top UNICEF official has warned that approximately one million children in Afghanistan are expected to suffer from acute malnutrition in 2021. 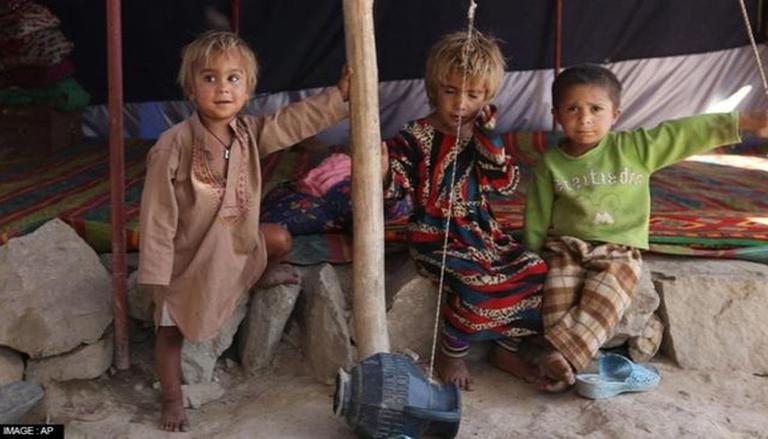 
A top UNICEF official has warned that approximately one million children in Afghanistan are expected to suffer from acute malnutrition in 2021 and might lose their life if immediate action is not taken. The UNICEF Deputy Executive Director Omar Abdi has informed about the development after his visit to the war-torn nation. He has mentioned that immediate assistance must be given to the children living in Afghanistan.

UNICEF Deputy Executive Director Omar Abdi who visited Afghanistan this week has raised concern for the children of Afghanistan. He informed that "at least one million Afghan children face severe malnutrition and even death" if immediate assistance is not provided, as per the UNICEF press release. During his visit to Afghanistan, Abdi met with dozens of children suffering from severe malnutrition in Indira Gandhi Children's hospital in Kabul. He was accompanied by UNICEF Regional Director George Laryea-Adjei and UNICEF Afghanistan Representative Herve Ludovic de Lys during his visit to the hospital in Afghanistan's capital.

"Without immediate action, an estimated 1 million children in Afghanistan are projected to suffer from severe acute malnutrition in 2021 and could die. Severe outbreaks of measles and acute watery diarrhoea have further exacerbated the situation, putting more children at risk," UNICEF said in the press release.

Abdi during his meeting with the Taliban highlighted the need for children's access to basic healthcare, immunisation, nutrition, water and sanitation. He has called for resuming the immunisation against COVID, polio and measles. He underscored the need for protecting children and communities from vaccine-preventable diseases. Furthermore, Abdi stressed the importance of education for boys and girls. He called for ensuring studies for both the boys and girls, which would help in building the future of their country. According to UNICEF, Afghanistan and Pakistan are the only countries where polio remains endemic.

The UN agencies on Tuesday, 5 October, warned that an estimated 3.2 million Afghan children under five are expected to suffer from acute malnutrition by the end of this year. According to UNICEF, the alarm was sounded following a two-day visit to the city of Herat by UNICEF Representative in Afghanistan, Herve Ludovic De Lys, and World Food Programme’s (WFP) Afghanistan Representative and Country Director, Mary-Ellen McGroarty. The UN officials even alerted that at least a million Afghan children are at risk of dying if they don't get immediate treatment.

“Without reliable access to water, food and basic health and nutrition services, Afghan children and their families are bearing the brunt of years of conflict and the current economic crisis,” the UNICEF said in a press release.