US Embassy In Afghanistan Calls On Taliban, Urges For A 'permanent Ceasefire' 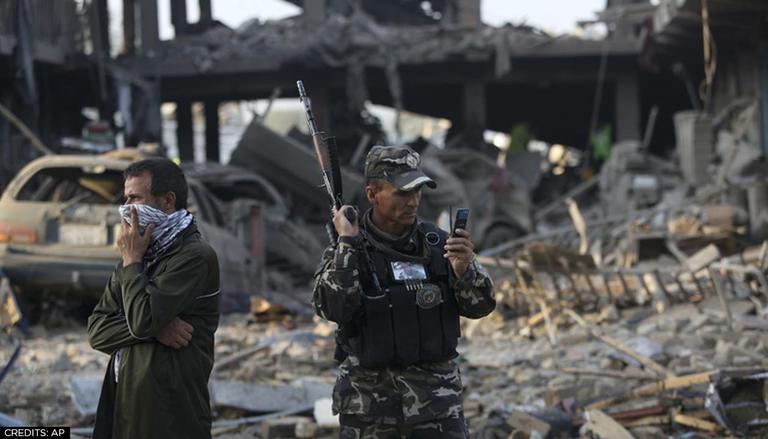 (1/2) We call on the Taliban and all parties to immediately end the violence, agree to a permanent and comprehensive ceasefire, and engage fully in peace negotiations to end the suffering of the Afghan people… pic.twitter.com/e83yCvd7qL

The Embassy stated, "To pave the way to an inclusive political settlement that benefits all Afghans and ensures that Afghanistan does not again serve as a safe haven for terrorists".

A Joint statement of diplomatic missions to the Islamic Republic of Afghanistan dated July 18 said, "The diplomatic missions to the Islamic Republic of Afghanistan of Australia, Canada, the Czech Republic, Denmark, the EU Delegation, Finland, France, Germany, Italy, Japan, Korea, the Netherlands, the Office of the NATO Senior Civilian Representative, Spain, Sweden, the United Kingdom, and the United States call for an urgent end to the Taliban’s ongoing military offensive, which thwarts efforts to arrive at a negotiated solution to the conflict and harms and displaces the civilian population".

It further stated that it condemns the continued targeted killings taking place throughout Afghanistan. The destruction of vital infrastructure, and threats, declarations, and other actions against the gains of Afghans is unacceptable.

The Taliban's offensives have resulted in the loss of innocent Afghan lives, including through continued targeted killings, displacement of the civilian population, looting and burning of buildings, destruction of vital infrastructure, and damage to communication networks.

Currently, the Taliban has gained control of the land after capturing more than a third of the designated territory. And the inhabitants of these districts have reported attempts to repress the human rights of women and girls and to shut down private and public media organizations in an attempt to conceal their human rights abuses and diminish freedom of expression.

Concerning the issues, the US embassy in Afghanistan has stated, "On behalf of our respective missions, we vehemently condemn these and any other actions that violate the human rights of Afghan citizens.  Afghans have made numerous gains over the past twenty years and want to continue building on their achievements in development, human rights, and free speech.  We want to underscore that progress made over the past years can only be sustained if all parties work together".