“What I know we’re watching in the region is the largest military buildup we’ve seen since World War II,” the four-star admiral told California’s defense forum. 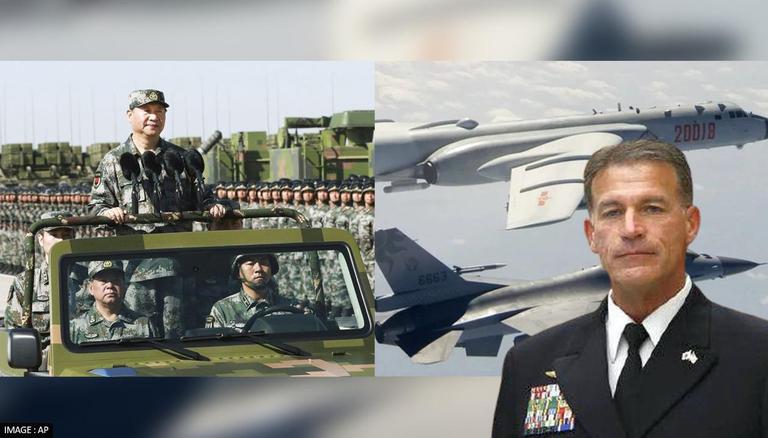 
China’s military buildup is the largest the world has seen since World War II and has pushed the other nations to strengthen alliances and partnerships with the United States, commander of the US Indo-Pacific Command, Navy Adm. John Aquilino said in his remarks at the Reagan National Defense Forum, held at Ronald Reagan Presidential Library in Simi Valley, California, US. Debating how the United States will lead the world in an era of increasingly complex challenges alongside Army Gen. Laura Richardson, commander US Southern Command, Aquilino stressed that with respect to the Indo-Pacom area, there is no concern about the military might of the US alliances to counter the Chinese threat in the Indo Pacific, but warned of the Chinese military’s rapid expansion.

“What I know we’re watching in the region is the largest military buildup we’ve seen since World War II,” the four-star admiral told California’s defense forum.

The Chinese military is rapidly modernising its forces with new missiles, warships, nuclear forces, cyberattack capabilities, and space weapons in recent years, Navy Adm. John Aquilino iterated. He then went on to add that China’s military assertiveness in the Indo-Pacific has scrambled Australia to strike a trilateral nuclear submarines pact as part of a new “AUKUS” security deal on Sept. 15 with the US, and the UK.

READ | As tension rises with China, Taiwan speeds up construction of indigenous Submarine

“Aukus is an additive security relationship that will be extremely helpful to keep that peace and prosperity in the region,” US military commander emphasised, as he said that the United States’ allies and partners are coming together to demonstrate the adherence to international rules-based order for the stability in the region.

“And [we must] continue that so we are stronger when we're together,” he said.

US Indo-Pacific Command’s Admiral further acknowledged [Aukus'] interoperability with the United States [and] all the regional allies and partners, saying that as the security apparatus works together, “it does make us stronger." Indo-Pacom executes 120 military exercises annually with US allies and partners, said the commander of the US Indo-Pacific Command Aquilino. He stressed that the command is looking to make it more ‘minilateral or multilateral.’

Emulating the Rim of the Pacific Exercise example, the Indo-Pacom military commander said that last time there were 27 nations with maritime forces, ground forces, and air forces that conducted joint military exercises with the US, "and we're here to support all of our allies and partners who would like to expand or increase their capability.”

"That's what's been going on for 80 years,” said Aquilino emphasising the importance of the regional alliance in the US’ security apparatus, “so we need to continue down that path, and we welcome those other sets of security exercises relationships.”