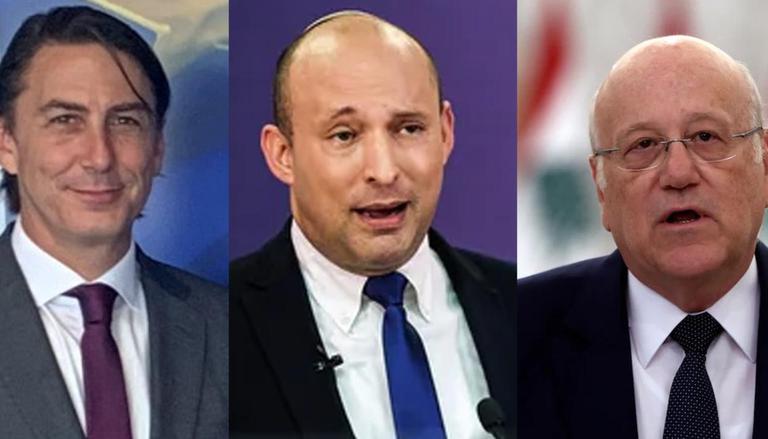 
A United States mediator has advised Israel and Lebanon to reach an agreement on a disputed maritime territory or else he will withdraw his involvement from the talks. US ambassador Amos Hochstein visited Israel last week, and told top Israeli officials that they needed to complete the deal before Lebanon's parliamentary election in March 2022, reported The Times of Israel citing Axios News. Hochstein also visited Beirut last month as part of his efforts to restart the stalled discussions. Israel and Lebanon are technically in a state of war and have no diplomatic relations as both countries claim an exclusive economic zone of around 860 square kilometres in the Mediterranean Sea.

The Israeli-born ambassador to the US-mediated negotiations, a longstanding close adviser to President Joe Biden, also told officials that the joint talks held at a UN base near the border would not be resumed. Instead, he would meet with each party separately and then propose a compromise. "Hochstein told us that he will not propose a plan that will be liked by both parties, but rather one that will be disliked by both. However, if he finds the parties refusing to accept the settlement in three to four months, he will abandon the whole affair and stop dealing with this," a senior Israeli official was quoted as saying by Axios News.

According to officials, Hochstein was trying to persuade both sides to make significant compromises, noting that both countries wanted to end the conflict despite their differences. Lebanon is embroiled in an economic and financial catastrophe that began in late 2019 due to decades of corruption and mismanagement by the political class. Meanwhile, the small Mediterranean country is eager to resolve its boundary issue with Israel to negotiate lucrative oil and gas deals, reported The Times of Israel.

Meanwhile, last month, Hassan Nasrallah, the head of Hezbollah, warned Israel against unilaterally searching for natural gas in the disputed maritime zone without first reaching a deal with Lebanon. Nasrallah said that while he would leave it up to the Lebanese government to resolve the conflict, his group would not tolerate Israeli searches in the disputed region. He stated this in a wide-ranging speech broadcast from an undisclosed location during a ceremony commemorating Prophet Muhammad's birthday, reported the outlet.