A senior official of the United States reportedly said that the country is not considering including South Korea in Quadrilateral Security Dialogue as of now. 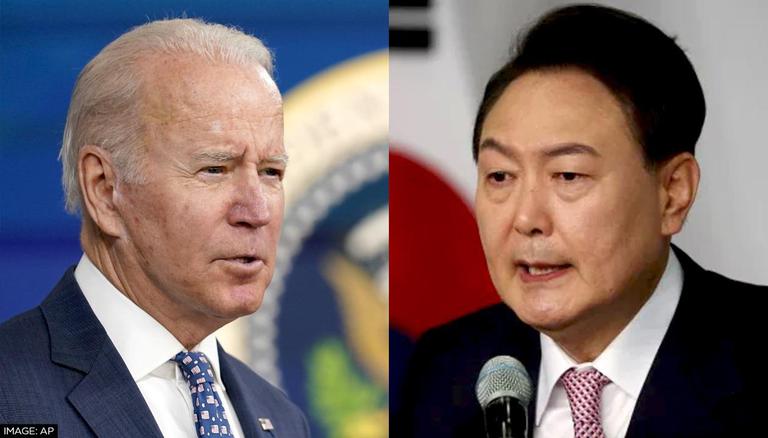 
A senior official of the United States reportedly said that the country is not considering including South Korea in Quadrilateral Security Dialogue (QUAD) as of now. Notably, the QUAD is a strategic security dialogue between the United States, India, Australia, and Japan, which is maintained through bilateral talks.

The official made the statement while accompanying US President Joe Biden on a three-day trip to Seoul, which culminated on Sunday, May 22. During his visit to the Korean country, US President Biden held a summit with his South Korean counterpart Yoon Suk-yeol and outlined a mutual vision for a "Global Comprehensive Strategic Alliance" between the two nations.

"I think that we have to recognize that the QUAD is still developing, and so we are looking for ways in which we can reinforce and strengthen what we have done so far. But at the same time, I think that we welcome any support for the QUAD,"  another US official told reporters, Yonhap news agency reported. During his election campaign, President Yoon had pledged to participate in the QUAD's several working groups including on climate change and technologies in an attempt to steadily strengthen collaboration between South Korea and the QUAD.

US, South Korea agree on creating new order in Indo-Pacific

Presidents Biden and Yoon also discussed an array of issues including North Korea's nuclear program and supply chain risks. In a joint press conference, the South Korean President also stated that both countries have agreed on creating a new order in the Indo-Pacific region. He also outlined the Republic of Korea's (ROK) strategy to become a global pivotal state, with a focus on promoting freedom, peace, and prosperity in the Indo-Pacific region and beyond.

Meanwhile, after completing his visit to South Korea, US President Biden on Sunday arrived in Japan to take part in the QUAD summit on May 24. According to the US National Security Advisor, President Biden is also expected to hold a bilateral meeting with Indian Prime Minister Narendra Modi. “We believe that this summit will demonstrate both in substance and in vision that democracies can deliver and that these four nations working together will defend and uphold the principles of a free and open Indo-Pacific,” US NSA Jake Sullivan told reporters, as per PTI.