The political coordinator of the Vietnam Permanent Mission to the UN has urged for a comprehensive political solution to the Afghan crisis. 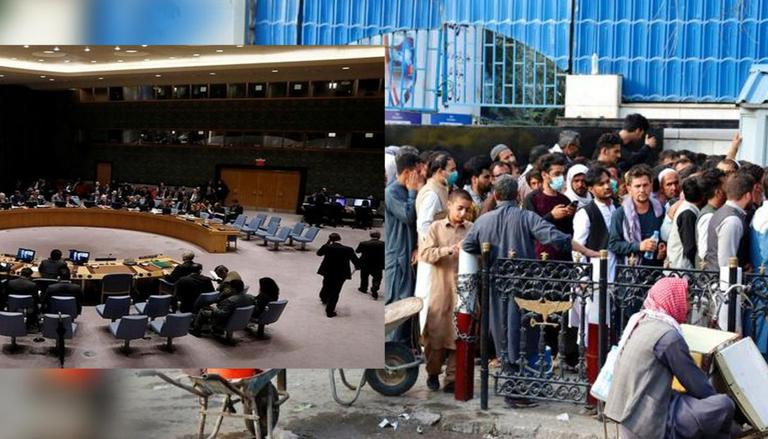 
The political coordinator of the Vietnam Permanent Mission to the United Nations, Counsellor Phan Ho The Nam, has urged for a comprehensive political solution to the Afghan crisis. On Wednesday, November 17, he expressed his worries at a UN Security Council debate on the humanitarian crisis in Afghanistan. The Vietnamese diplomat expressed his concerns over the hardships faced by the people in the war-ravaged country, particularly the growing food insecurity, reported news agency ANI citing VOV World.

Counsellor Phan emphasised the importance of ensuring the stability, safety, and well-being of the Afghan people, while also urging all parties to uphold their international humanitarian law commitments in all circumstances. In addition, he urged them to ensure the maintenance of critical infrastructure and services to the people of Afghanistan. Meanwhile, the UN Migration Agency expressed concern about the current humanitarian crisis in Afghanistan, stating that if quick action is not taken to solve the simultaneous humanitarian, economic, and political crises, Afghanistan could slip into "severe poverty" by mid-2022.

According to the International Organization for Migration (IOM), the country's key services are degrading, and commodity prices are rising. In addition, the IOM noted that employment in Afghanistan continues to dwindle, and financial services are being disrupted due to the cash crisis. The agency also highlighted the condition of internally displaced people. It claimed that there are around 5.5 million internally displaced individuals in Afghanistan. Internally displaced persons include those in "protracted situations," with approximately 6,80,000 people displaced in 2021 as a result of the conflict. In addition, there have been around 1.1 million undocumented Afghan returnees from Iran and Pakistan, claimed the UN Migration Agency.

Meanwhile, on November 17, the United Nations reaffirmed its calls for a more inclusive administration in the war-torn Central Asian country. It stated that the Afghan people have been abandoned, neglected, and punished by circumstances since the Taliban's takeover. Deborah Lyons, the UN Secretary-General's Special Representative for Afghanistan, briefed about several issues with the de facto Taliban's administration in Kabul, particularly women's rights, girls’ education and inclusivity. The UN representative pointed out that the Taliban government's actions have resulted in some provinces being much less restrictive than others. However, the situation for women's rights in the country continues to deteriorate.

WE RECOMMEND
Vietnam elected as UNESCO Executive Board member for 2021-25
Vietnam: Buddhist temples to ring bells to honour COVID victims as caseload tops 1,045,397
Vietnam and France call for bolstering bilateral ties, strategic partnership: Report
Kerala CM accorded reception at Vietnam Embassy in Delhi
"We will make sure of revenge" Japan look ahead to Oman after Vietnam win