UK's Secretary of State for International Trade Anne-Marie Trevelyan has said that both India and Britain want to bring together a free trade agreement (FTA), aimed at boosting economic ties, which is mutually beneficial for both the countries. 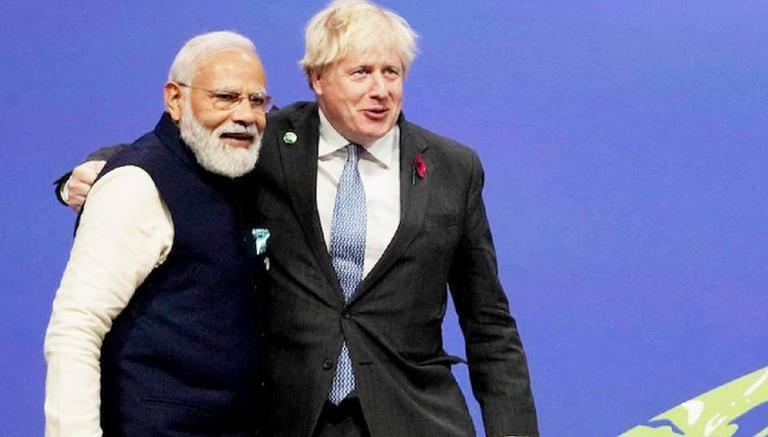 
UK's Secretary of State for International Trade Anne-Marie Trevelyan has said that both India and Britain want to bring together a free trade agreement (FTA), aimed at boosting economic ties, which is mutually beneficial for both the countries.

She also expressed hope that both sides would conclude the negotiations for the trade pact by end of the year or early 2023.

The UK minister and Commerce and Industry Minister Piyush Goyal on January 13, formally launched negotiations for the proposed FTA, which is expected to help double bilateral trade to over USD 100 billion by 2030 and boost economic ties between the two countries.

The two sides are hoping that the negotiations would conclude by the end of this year. Both sides are looking to conclude an interim agreement by Easter.

"We want to bring together an FTA which is mutually beneficial for both the countries... We look forward to bringing together an exciting, vibrant and broad FTA...,"  Trevelyan told PTI.

On setting up an ambitious deadline to conclude the talks, she said that there are positive views from both sides "that we can do that, so we will throw all our energy and weight behind it".

When asked about key concerns being raised by UK businesses in India, the minister said that there are tariff barriers which British businesses are keen to see reduced.

Digital trade is also an important area which is raised by many businesses, she added.

Further the minister said that promoting investments from both the sides would also be an integral part of this trade deal.

Already investments are flowing in both the countries, but there are many more opportunities for the business community of India and UK, she said.

The UK minister has stated that both the countries have a "golden opportunity" to forge a new economic partnership as India's economy is set to grow rapidly.

According to Goyal, the pact will help in boosting Indian exports from several sectors such as leather, textile, jewellery and processed agri products.

India will also seek special arrangements for the movement of its people.

In the services sector, the UK is the largest market in Europe for Indian IT services.

Commerce Secretary B V R Subrahmanyam has said the total trade of goods and services between India and the UK is about USD 50 billion (USD 35 billion services and USD 15 billion goods) and it would cross USD 100 billion in ten years' time. PTI RR DRR