What Does The Taliban Want In Afghanistan? Who Are The Main Leaders? Read Here

The Taliban was founded in southern Afghanistan by Mullah Mohammad Omar. He was a member of a Pashtun tribe and became a mujahedeen commander. 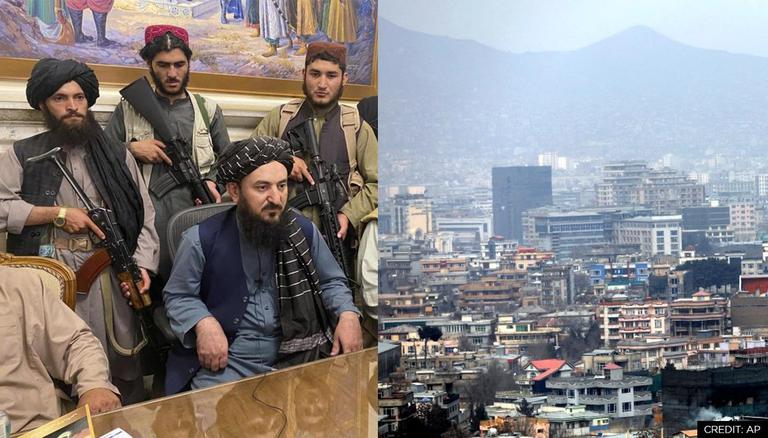 
While demanding a peaceful transition of power, it has been over 24 hours since the Taliban took over Afghanistan, intending to rule the country. Taking the entire world by surprise, the insurgents swiftly swept through the country and entered the Afghan capital of Kabul on Sunday. Predicting the imminent takeover of the Taliban, the former Afghan President Ashraf Ghani fled the country, leaving millions of citizens uncertain.

Devastating visuals have also emerged from the Kabul international people, with citizens clinging to the international flights to leave the country. Meanwhile, governments across the globe except for Russia, China and Pakistan are scrambling to evacuate their citizens and other Afghan nationals, fearing the group’s rule.

The Taliban was founded in southern Afghanistan by Mullah Mohammad Omar. He was a member of a Pashtun tribe and became a mujahedeen commander who helped tackle the Soviets out of Afghanistan back in 1989. In 1994, Mullah Omar formed the group in Kandahar with nearly 50 followers who eventually emerged to challenge the instability, corruption and crime that had engulfed the nation at the time of post-Soviet-era civil war.

What does the Taliban want?

The resurgence of the extremist group comes nearly two decades after the United States invaded Afghanistan in the wake of the 9/11 terror attacks. The militant group has pledged to restore peace and security to the country by imposing a strict version of Islamic law or Sharia when in power. The group has also faced international condemnation for imposing the interpretation of the law that included gruesome punishments, including public executions and amputations for people found guilty of theft.

However, while repressive laws against women and other people defined the ‘iron gift’ rule of the Taliban from 1996 to 2001, this year, the Taliban began seizing smaller areas before taking over the capital and topple the US-backed government. Suhail Shaheen, a spokesperson for the Taliban, told the Associated Press last month that there would not be any peace in the country until a new government is formed and Ghani is removed.

He also insisted that the Taliban was not seeking a “monopoly of power” in Afghanistan and suggested that under a regime that is acceptable to the militants. He emphasised the fact that the women would be allowed to go to school and ensured the safety of the foreign journalists. However, people still fear that the group would return to its dreadful and repressive measures that were seen in the late 90s until American troops overpowered them.

Shaheen also told BBC, “In the next few days, we want a peaceful transfer.” He has also laid out the group's policies ahead of the power transfer that would re-install the hardline Islamist group. He said, “We want an inclusive Islamic government... that means all Afghans will be part of that government...We will see that in the future as the peaceful transfer is taking place."

Who are the main leaders?

Even during their previous rule in the late 90s, the leadership of the Taliban was kept away from the public. Following are the known leaders of the insurgents:

He was appointed as the leader of the Taliban after the transition of power took place as his predecessor, Mullah Mansour Akhtar was killed in the US-directed drone strike in 2016. Before emerging as the topmost leader of the militants, he is said to have been a low-profile religious figure. Akhundzada, as per reports, is widely believed to have been selected to serve more as a spiritual figurehead than a military commander.

Abdul Ghani Baradar, who was freed from Pakistan jail on the request of the United States just less than three years ago, is the Taliban’s political chief and also one of its most public faces. He was raised in Kandahar which is also the birthplace of the Taliban movement. Like most Afghans, his life was also impacted forever by the Soviet invasion of the country in the 1970s. He is believed to be fought with Mullah Mohammad Omar. The one-eyed cleric and Baradar went on to found the group in the early 90s during the post-Soviet-war era.

Sirajuddin is the son of the prominent commander of anti-Soviet resistance, Jalaluddin Haqqani. He holds a dual position of being the Taliban’s deputy leader and heading the powerful Haqqani Network, a US-designated terror group. In the past two decades, the network is also viewed as one of the most dangerous factions combatting the Afghan and US-led NATO troops in the war-torn country. The group is also known for using suicide bombers.

The son of Taliban founder Mullah Omar, Mullah Yaqoob is the head of the Taliban’s military commission responsible for monitoring the detailed network of field commanders charged with the execution of the insurgency’s strategic operations in the war. However, reports have stated that speculation regarding Yaqoob’s actual role in the group remains uncertain.