Yemen's Rial on Sunday plummeted to newer lows against all international currencies as the war-torn country continues to reel under military conflict. 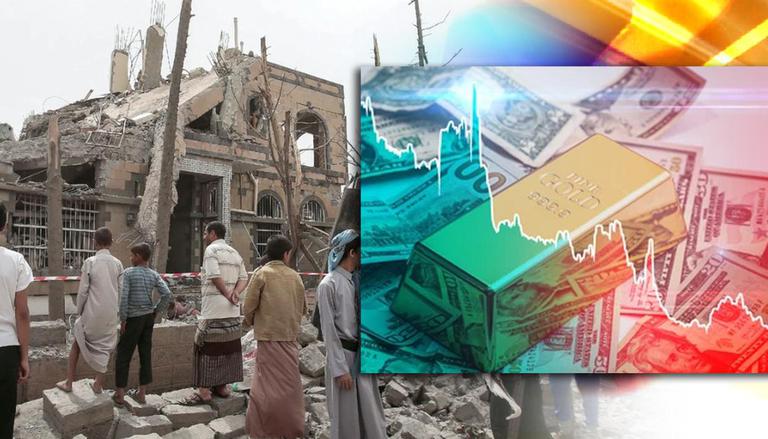 
Yemeni Rial on Sunday plummeted to newer lows against all international currencies as the war-torn country continues to reel under military conflict leading to a dire humanitarian crisis. According to data from bank sources, cited by Xinhua, Yemen's national currency sharply declined in provinces controlled by the government despite stringent measures being taken by the country's central bank to curb devaluation. In the southern port city of Aden and neighbouring areas, Yemeni riyal traded at 1703 for one US dollar, marking it the lowest exchange rate since the beginning of the civil war seven years ago.

Taking cognizance of the matter, Ahmed Bafadih, spokesperson for the Central Bank of Yemen, explained that there are many reasons that led to the decline in the exchange rate. "Most important of which are the political and economic conditions the country is going through," Bafadih told Xinhua. Additionally, speculations of money charges and traders fuelled by the scarcity of cash have also contributed to the current devaluation of the Yemeni riyal, he added.

Observing the unprecedented yet blasphemous drop in the rial rate, banks and exchange stores were forced to suspend operations and begin an open general strike in Aden. According to a brief statement from Yemeni banks, quoted by Xinhua, the institutions considered that "the suspension is not a solution but rather a protest to lead the country's government to move according to an economic system, including operating ports and exporting of oil and gas."

It is pertinent to mention that the grinding seven-years conflict between the Yemen government and Iran-backed Houthi rebels has further moved to currency war between both fronts leading to huge gaps in the valuation of both. Both the fronts used the same notes until in 2019, Houthis denounced new banknotes printed by state-run Aden raising concerns over inflation. Following this, the riyal devalued several times with the previous lowest being 1,000 for one US dollar in August 2021 in government areas, while the currency remained stable at 600 for one US dollar in Houthi-controlled zones, as reported by France24.

The gulf in exchange rates in the country has left citizens and businesses being crushed under rampant inflation. Additionally, the difference has also led to the complication of trade with manipulative intermediates siphoning the profit.

The Yemen-Houthi Conflict began in September 2014, when the Iran-backed militia seized the capital city of Sanaa. The rebel group toppled President Abed Rabbi Mansour Hadi's government and formed the Supreme Political Council along with its allied forces supported by the former President Ali Abdullah Saleh. Following the annexure, Yemen's recognised government backed by Saudi Arabia and United Arab Emirates (UAE) engaged in war with the rebel group since March 2015.

A series of strikes and counterstrikes since 2015, has killed thousands of civilians and pushed Yemen to the brink of famine and humanitarian crisis. The shaky cease-fire to end Yemen's civil war has been under the debris of truce breaches and sporadic military escalation by both sides. The war has also forced millions to displace and at least 80% in need of humanitarian assistance.