Belarusian President Alexander Lukashenko has said that NATO has been developing plans to "attack Russia through Ukraine and Belarus." 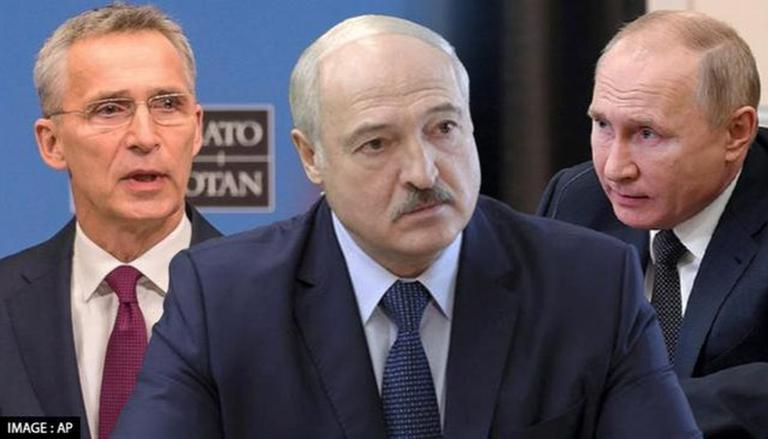 
Belarusian President Alexander Lukashenko stated recently that North Atlantic Treaty Organization (NATO) has been charting plans to attack Russia through Ukraine and Belarus. According to Lukashenko, countries of the military alliance have been developing an "armoured fist" which he stressed, is not being set up for defence, Ukrainska Pravda reported citing Pul Perego Telegram channel. Lukashenko stressed that the Western nations have been destroying the global security system under the leadership of the US and added that they have been working "consistently, methodically and even contrary" to their national interests.

Lukashenko claimed that NATO countries, under the pretence of bolstering the defence of Europe, have been setting up an "armoured fist" for strategic preparations of carrying out raids on Russia. Lukashenko added that he discussed the issue with Russian President Vladimir Putin during their conversation on 11 July. Adding to it, the Belarusian President said that "newly emerged crusaders" from the military alliance believe that "another thrust to the East" is approaching and added that "modern fascists" of NATO nations continue to exist and they plan to carry out strike through Belarus and Ukraine, Belta reported. Lukashenko cited it as the reason for ordering the Defence ministry to fully cover the western border in February. Russian forces have utilised the airspace of Belarus for attacking Ukraine in the ongoing military offensive, as per the Ukrainska Pravda report. It is pertinent to mention here that EU nations have been imposing embargoes against Russia and Belarus ever since Kremlin launched an 'unprovoked' military offensive upon its neighbour, Ukraine on February 24.

Earlier on June 30, Belarusian President Alexander Lukashenko in a meeting with Russian Foreign Affairs Minister Sergey Lavrov said that Belarus and Russia should be ready to deploy nuclear weapons. In his meeting with Lavrov, Lukashenko stressed, "We have not done it yet. But we have to be ready." He said that the West has seized their money, imposed sanctions and called it a "hybrid war."  Lukashenko added, "When they fail to heed to diplomats they will have to listen to other people. We are for diplomatic means in the first place. But what can we do at a time of a hybrid? First, they started with mass media. Then they silenced diplomats. None of the international organizations, including the main one, are effective any longer. What can we do? We have to defend ourselves, to fight back."