The Secretary-General of the League of Arab States accused the West of pressuring Arab League nations to condemn Russia's "military operation in Ukraine." 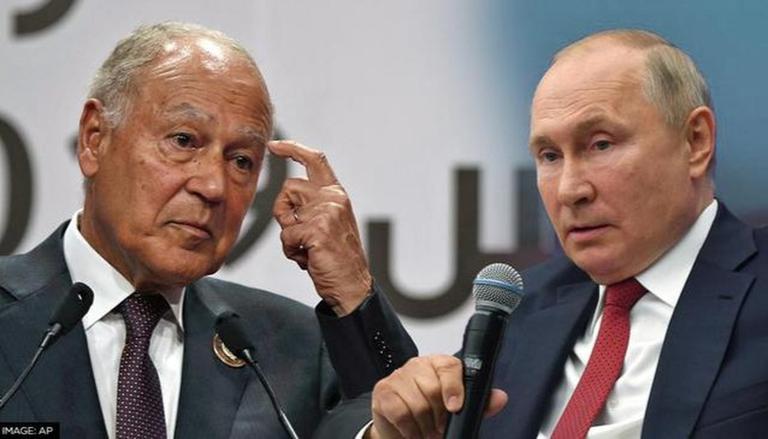 
As the war rages on unabated in Eastern Europe, Ahmed Aboul Gheit, Secretary-General of the League of Arab States, accused the West of pressuring Arab League nations to condemn Russia's "military operation in Ukraine." In an interview with the Egyptian Sada el-Balad TV channel, he said, "Arab League countries did not succumb to this dictate to which they were subjected and some even refused to vote for condemning the actions of the Russian Federation," Sputnik reported.  The Secretary-General further stressed that the West is attempting to "surround" Russia by persuading Arab League members to join its side in criticising and opposing Moscow for its actions.

Meanwhile, Russian Foreign Minister Sergey Lavrov has alleged that Western countries are attempting to persuade other nations to join their side by using the conflict in Ukraine as a pretext to protect the current world order. "The formation of a multipolar world is underway, and our Western colleagues are trying to prevent these processes. They want to maintain and extend their dominance to all regions. They are trying to mobilize all other countries to come under their flag, using the situation in Ukraine and around it as a pretext," he claimed, as per Sputnik.

According to Lavrov, Russia expects that Western countries would understand the need of considering global issues in accordance with the UN Charter's principles. "We are ready for such a dialogue, but only on an equal and mutually respectful basis," he noted. The Russian minister further stressed that the current situation reflects long-standing issues in Europe, predominantly due to North Atlantic Treaty Organization's (NATO's) reluctance to maintain its promise not to expand the alliance to the east.

It is pertinent to mention here that several western countries have slapped numerous sanctions on Russia since it launched a full-scale war on Ukraine in late February. Earlier in April, Russian President Vladimir Putin claimed that the goals of the military operation in Ukraine will definitely be implemented. He further stated that the objectives of this operation are "noble and very clear." Putin added that the primary purpose is to help the people of the Donbass region, whose independence has already been recognised by the Russian Federation.