"It is unacceptable that people who support the war can freely travel around the world into Lithuania, EU," Lithuanian Interior Minister Agne Bilotaite said. 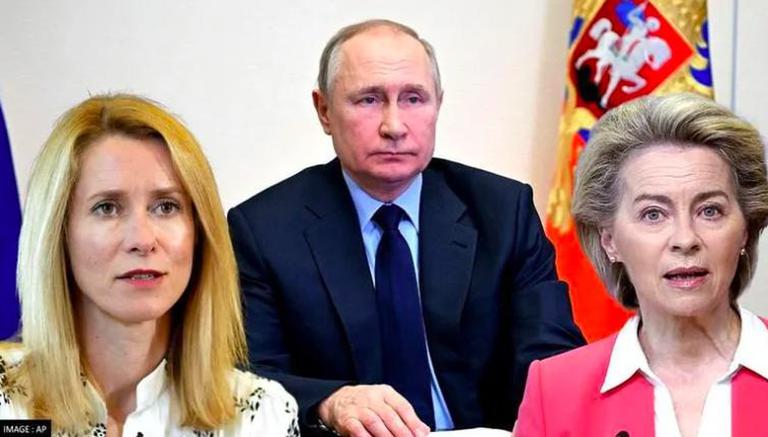 
In a drastic move on Monday, Sep 19, the four Baltic nations Estonia, Latvia and Lithuania and Poland shut their borders to neighbouring Russia as a collective response against Russia's brutal war in Ukraine. The coordinated travel ban imposed by the Baltics came just days after the states appealed for an EU-wide ban on Russian citizens. The move, stated the government of the Baltic states, would protect the security of the European Union member nations.

Under the new arrangement, the Russians now looking to travel to the Baltic countries as tourists or for business, sports or cultural purposes "will not be allowed" to enter. The ban will be effective despite the Russians holding a valid visa for the European Union's checks-free Schengen Area. The measure was under discussion since earlier this month. The four Baltic states had announced that they would enforce the ban on Russians that would come into force by September 19, according to the joint statement by prime ministers of the four countries.

“Russia is an unpredictable and aggressive state. Three-quarters of its citizens support the war. It is unacceptable that people who support the war can freely travel around the world, into Lithuania, the EU," Lithuanian Interior Minister Agne Bilotaite said Monday.

“Such support for hostilities can pose threats to the security of our country and the EU as a whole,” she added.

None of the Russian citizens holding the Schengen visa for Europe will be allowed to enter the Baltic region, state-affiliated, Union quoted Estonian Foreign Minister Urmas Reinsalu as saying. Travel to the EU is a privilege, not a human right,  Reinsalu asserted. “Among the Russian citizens entering the EU/Schengen area, there are persons coming with the aim of undermining the security of our countries, insofar as three-fourths of Russian citizens support Russia’s war of aggression in Ukraine,” prime ministers of the four countries said in a joint statement.

Leaders of the Baltic states asserted that it is "unacceptable" that Russian citizens of the "aggressor-state" are able to freely travel in the EU via land despite the air travel ban, while people in Ukraine were suffering due to the ongoing war. Poland’s interior minister, Mariusz Kaminski, on Monday signed regulations that will ban the Russians against travel to the central European nations effective Sept. 26. Poland, which borders Russia’s Kaliningrad exclave, has also imposed a strict ban on foreign visitors since the COVID-19 pandemic.

READ | Russia and China agree to enhance security ties
READ | Russia warns of 'proper response' if anyone claims its territory amid the war in Ukraine
READ | Luhansk and Donetsk civic chambers call for referendums to join Russia
First Published: 20th September, 2022 06:45 IST
SUBSCRIBE TO US