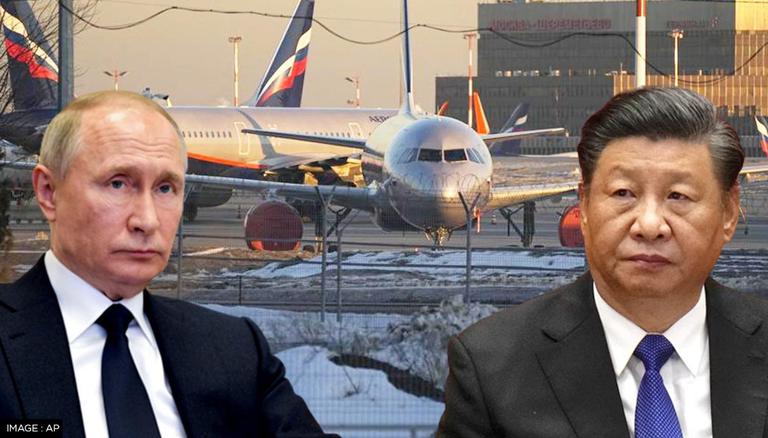 
China has stopped Russian airlines from flying foreign-owned jets into its airspace, reported Russian news outlet RBK after President Vladimir Putin pushed the ownership of the aircraft into uncertainty by allowing them to be re-registered in Russia. The Kremlin leader announced the measure to prevent any seizure under the sanctions over Russia’s military aggression in Ukraine in late February.

The European Union (EU) banned the sale or lease of aircraft to Russian carriers in February in the wake of Russia announcing a “special” military operation in Ukraine on February 24. The 27-nation-bloc is also home to major aircraft leasing companies. Responding to EU’s restrictions, Putin approved the re-registration measure in March. However, the Kremlin leader triggered suggestions that foreign owners might never recover planes worth billions of dollars, according to The Associated Press.

Taking into account the developments pertaining to the foreign-owned ships in Russia’s airlines, China’s air regulator had asked all the foreign carriers to update ownership information along with other details, RBK stated citing two unidentified sources. The report also noted that Russian airlines which failed to produce the documents that their aircraft were “de-registered abroad” were barred from Chinese airspace.

Beijing’s restrictions on Russian airlines’ foreign-owned aircraft came after Chinese President Xi Jinping said in February that his country’s friendship with Russia has “no limits”. However, in the days that followed, when the West jointly took several measures against Russia over the war in Ukraine, China appeared to increase its distance from Moscow.

READ | China hits out at US senator's Taiwan visit

China has even denounced the United States and the European nations for sanctioning Russia. Still, China, according to AP, appears to avoid steps that might be publicly perceived as helping Moscow over the fear of China facing the burn from the rest of the world.

READ | India, China agree to hold next round of military talks over Ladakh standoff soon