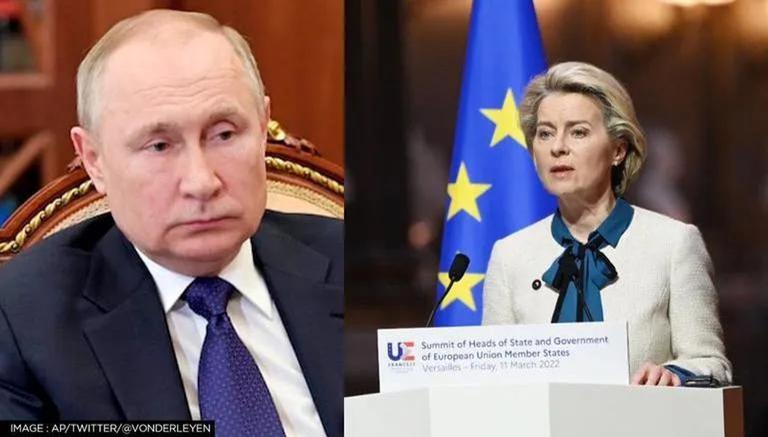 
EU's Foreign Ministers are expected to support suspending the alliance's visa-facilitation agreement with Moscow this week in an effort to reduce the number of travel authorizations issued.

In the latest challenge for the bloc, which is trying to punish Moscow for its invasion of Ukraine while maintaining unity among its 27 members, some countries have demanded collective action to prevent ordinary Russians from travelling to the EU on tourist visas.

Notably, shortly after Russian President Vladimir Putin issued an order for the full-scale invasion of Ukraine in February, nations like the Czech Republic and Poland ceased to issue visas to Russian tourists.

European Union countries are divided on whether to bar Russian citizens from visiting the bloc, a measure proposed by Kyiv to punish Moscow for its war on Ukraine. In an August 8 interview with the Washington Post, Ukraine's president, Volodymyr Zelenskyy, called for a travel ban, arguing that Russians should "live in their own world until they change their philosophy."

The Kremlin has labelled this demand "irrational," but EU Foreign Ministers are scheduled to discuss it on August 30-31 during an informal meeting in Prague. As a result of Putin's aggression, Russians are finding it increasingly difficult to obtain visas for the European Union and the Schengen Zone. However, some nations have kept issuing visas, enabling Russians to travel anywhere in the Schengen Free Travel Area.

At a two-day meeting in Prague beginning on August 30, Ministers intend to first provide political backing for suspending the EU-Russia visa facilitation agreement, three officials involved in the negotiations told Financial Times. In late February, the free movement of businesspeople and government officials under certain provisions of the 2007 agreement was suspended.

READ | In UK, nearly 50,000 Ukrainian refugees face risk of being homeless next year as war rages

Russians would no longer receive special consideration when applying for any EU visas, and a wider suspension would result in more paperwork, higher costs, and protracted wait times. However, there is no agreement on additional steps Brussels could take to either cut back on or stop issuing EU visas to Russians, or on ideas like expanding any ban to include residents of Belarus, which has supported Putin's invasion.

Germany advised against a complete ban

Germany is one of the nations that has advised against a complete ban. Josep Borrell, the top EU diplomat who will preside over the Prague negotiations, has stated that he is against a total ban on Russian visas, arguing that the EU needs to "be more selective." Due to the national security exceptions in the Schengen agreement, Finland, Poland, and the Baltic states that border Russia have indicated they are ready to stop allowing Russians with tourist visas to enter their countries.

Due to the suspension of air travel between the EU and Russia, many Russian tourists use these nations as a stopover on their way to other EU locations. 30% of Russians who travel to the EU do so via Estonia, according to Estonia's prime minister Kaja Kallas, who made this statement last week.

Countries that support a complete ban on Russian tourists entering the EU have stated that they do not support a complete border closure and that exceptions must be kept for humanitarian concerns, claims for asylum, and to allow Putin regime dissidents to flee. On August 29, the EU's Defence Ministers will meet in Prague to discuss options for a potential training mission run by Brussels for Ukrainian soldiers.