Leaders of the Group of Seven G7 Summit on Sunday weighed the price cap on Russian oil in order to slash Moscow's significant war funding source. 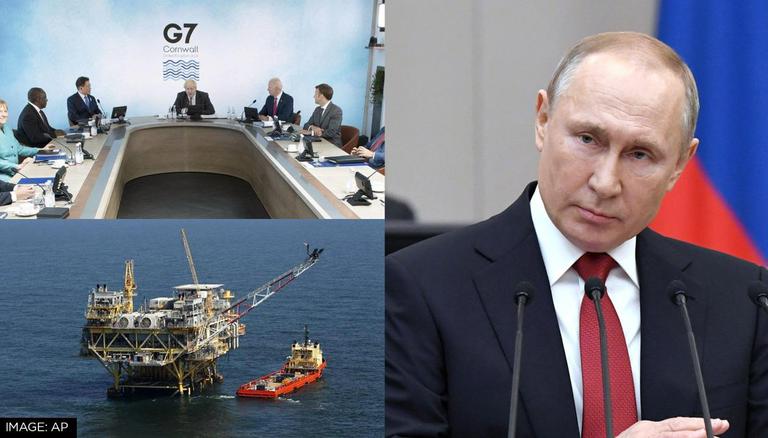 
As the war in Ukraine burgeons, leaders of the Group of Seven G7 Summit on Sunday weighed the price cap on Russian oil in order to slash Moscow's significant war funding source. According to reports, the heads of the 7 wealthiest democracies are mulling over a payment threshold for countries purchasing Russian oil amid the ongoing war. The idea was initially tabled by the US and recently Berlin is also reportedly coming around.

As reported by The Guardian, the gas gap would operate by European nations keeping off from paying the to-be-set price for Russian oil purchases amid the skyrocketing fuel and energy prices. Italy, meanwhile, canvassed for twin caps on the price of Russian oil, describing it as a step to mitigate the impact of rising energy prices.

"Putting a ceiling on the price of fossil fuels imported from Russia has a geopolitical goal as well as an economic and social one," Italian Prime Minister Mario Draghi said at the G7 Summit, as quoted by The Guardian. The idea is deemed viable with Russia having no immediate alternative to level the revenue generated from European countries, altogether having no option but to agree to a 'price cap,' experts indicated.

READ | Germany: PM Modi interacts with Indian diaspora as he arrives in Munich ahead of G7 Summit

"We need to reduce our funding to Russia. And we need to eliminate one of the main causes of inflation. We must avoid mistakes made after the 2008 crisis: the energy crisis must not produce a return of populism," the Italian PM said, as reported by The Guardian.

European Council chief Charles Michel also expressed support for the proposed 'price cap' idea, however, stressing that the leaders must have a "clear vision" to ensure maximum effect without a spill-off in Europe. "We want to make sure the goal is to target Russia and not make our life more difficult and complex," he said, as quoted by the Financial Times. This came after the EU dubbed the ban on Russian gold exports an "incremental but not decisive step."

According to a German official, as told to FT, "intensive discussions" on how to implement and increase the impact of Russian oil is to be held today at the G7 summit.

While the US has already banned Russian oil imports, the UK has vowed to phase out dependence by the end of this year. Meanwhile, the EU has agreed on the suspension of oil from Russia via seaborne shipments, however, allowing crude oil supply via pipelines. The consequent embargoes on Russian oil have left a knock-off effect- for example - despite the lowered exports, an increase in fuel prices has met the widened gap.

In response to West-led sanctions, Russia has already reduced and suspended supplies to at least 7 EU nations, including Poland and Bulgaria. Last week, Moscow cut gas transfer to Germany by 60%, raising imminent concerns of a fraught winter.