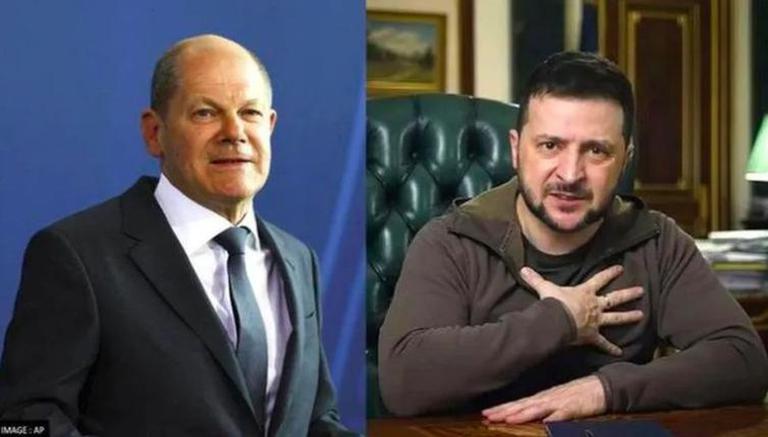 
German Armed Forces on Monday announced that they would be supplying at least four more Panzerhaubitze 2000 self-propelled howitzers with ammunition to the Ukrainian armed forces to counter Russia's aggression and reclaim territories. Berlin's Defense Ministry's press service published a handout, stating that jointly with the Netherlands, the number of these howitzers provided to Kyiv will reach 22. Of the total, 14 of these Panzerhaubitze will have been transferred by Germany.

Ukrainian troops trained in Berlin to use German howitzers

German Defense Minister Christine Lambrecht had earlier clarified that Ukrainian troops were being trained in using German howitzers to fend off the Russian assaults. The long-range weapons, Berlin argued, could only be effectively deployed after the troops were effectively trained for the battlefield. "The exercise on the Panzerhaubitze 2000 will soon be finished so that it can be used in the war in Kyiv," German Defense Minister Lambrecht had informed.

Panzerhaubitze 2000 is a German 155 mm self-propelled howitzer developed by Krauss-Maffei Wegmann and Rheinmetall for the German Army. It is considered one of the most powerful conventional artillery systems deployed in modern times. It can hit targets at a distance of 40 km. Ukraine, on several occasions, had accused counsellor Olaf Scholz of delaying the delivery of the advanced weaponry owing to Berlin's WWII history.

Ukrainian President Vladimir Zelensky demanded that Germany must forget its Nazi past from WWII and its "war guilt,’ and provide Ukraine with advanced weaponry to fight off the Russian aggression. Zelenskyy's comments were made during an agency interview, wherein he iterated that Berlin's Nazi history has created “psychological barriers” for the country that has been reluctant to send weapons during the war.

For the Germans, World War II memories still loom large and have impacted the foreign policies of the Olaf Scholz administration which sees the Ukraine invasion as reliving the legacy. Russia's President Vladimir Putin has often used the term "neo-Nazi" and their atrocities on the ethnic Russian population in the eastern Donbass region to justify his military intervention in Kyiv. Ukrainian president, although, reminded that Russian forces have been committing war crimes in his country, as he demanded more weapons for the fight. He singled out Germany, stressing that the EU nation must let go of its harrowing past and support Ukraine.