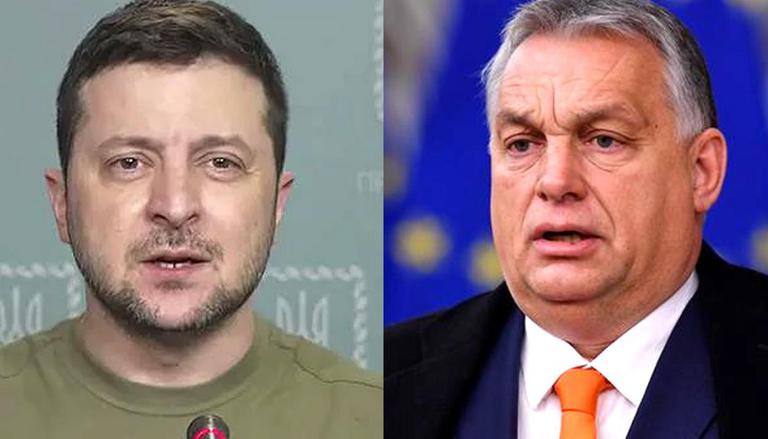 
President of Ukraine, Volodymyr Zelenskyy dialled the Prime Minister Of Hungary, Viktor Orban, to talk about Ukraine's bid to join the European Union (EU), of which Viktor Orban has claimed to be a supporter.

Orban reportedly stated that the EU should remove the bureaucratic obstacles to Ukraine's EU accession as soon as possible and that he intends to represent this position at the upcoming EU summit on June 23-24, in Brussels.

Zelenskyy and Orban also discussed the refugee situation in Ukraine as Hungary has already welcomed around 800,000 Ukrainian refugees and that the Hungarian government plans to continue its support.

Hungary is also prepared to cooperate with Ukraine in energy projects and will also help Ukraine export its grain via rail, Orban stated.

As Zelenskyy had criticised Orban and Hungary for their lack of support for Ukraine in their time of need, this phone call was seen by observers as a sign of alleviating tension between the two leaders.

European Parliament President, Roberta Metsola, on Tuesday, June 21, said that the EU should give candidate status to Ukraine so that the "symbol of hope" would be able to continue boosting the morale of Ukrainians.

Speaking at a press conference in Helsinki, Metsola stressed that Ukraine has been fighting for democracy, territorial integrity, sovereignty, freedom and justice.

Roberta Metsola further added, "If we keep those fundamental values with which countries like ours fought for also to join the European Union at the centre of all our activity then it would be amiss for us to close our door to Ukraine."

Ukraine is fighting for our values. For democracy, for sovereignty, for freedom.

We should not close the door.

The decision to grant EU candidate status to Ukraine, Moldova and Georgia will taken at the European Council meeting due to take place on 23-24 June.