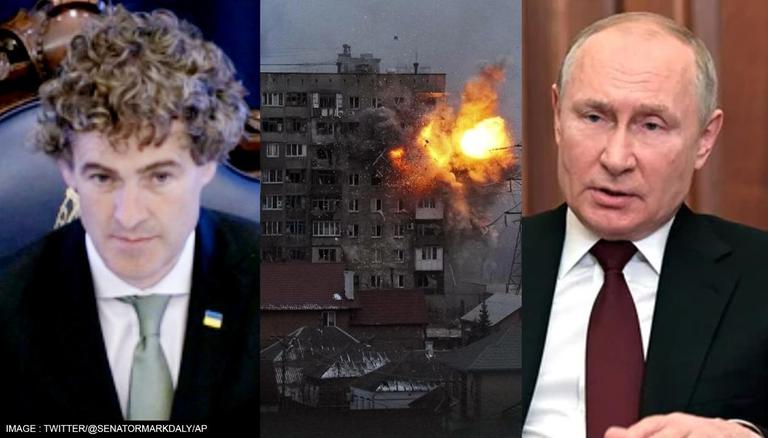 
On the 99th day of the Russia Ukraine war in Eastern Europe, the Chair of the Senate of Ireland, Mark Daly stated that the Ireland Senate has adopted a resolution condemning Russia's military assault in war-torn Ukraine as an 'act of genocide'. Taking to Twitter, the Irish Senator said, “the illegal invasion of Ukraine by the Russian Federation is an Act of Genocide”. According to the resolution, the Senate urged the nations around the globe to maintain and strengthen sanctions against Russia while working to end the imports of Russian oil gas as well as coal, which are financing the Russian war machines against the Ukrainian people and its territories.

Further, the resolution added, “The political leadership of the Russian Federation to be held accountable for its crime in Ukraine.”

In addition to this, the resolution also recognizes that the war in Ukraine, which commenced on February 24 by Russian forces was an “unprovoked act” and is contrary to international law. Moreover, the resolution identifies that Russia has conducted military attacks which include bombing with heavy military equipment, assaults targeting civilians as well as sniper fire upon civilians fleeing burning homes.

“….. the illegal invasion of Ukraine by the Russian Federation is an Act of Genocide”
Senate of Ireland passed a resolution on Genocide by Russia in Ukraine @ZelenskyyUa @r_stefanchuk @Denys_Shmyhal @mezentseva_dep pic.twitter.com/2ge88ih7th

Russia has signaled its willingness to use global food security for its "political aim": UK

Meanwhile, as per an intelligence assessment from the United Kingdom Defence Ministry, Russia has signaled its willingness to use global food security for its "political aim." It goes on to say that Russia will then portray itself as the "reasonable actor" and blame any failure on the West. Russia's attempts to lessen the harshness of international sanctions, according to the UK Defence Ministry, demonstrate the regime's influence.

Furthermore, earlier in the month of May, the UK had announced further sanctions on Russia. Foreign Secretary Liz Truss put limitations on service exports to Russia, effectively cutting them off from doing trade with sections of the Russian economy that are essential to the UK. Russian businesses will no longer be able to benefit from the UK's world-class accounting, consultancy services, as well as public relations services, which constitute 10% of Russian imports in these sectors, according to a statement from the UK Foreign Ministry.

READ | US announces $700mn in military aid to Ukraine to reinforce its defence against Russia
READ | US says 'not seeing any sign' of an end to Russia-Ukraine war; reiterates support for Kyiv