Kirill Stremousov, the deputy head of Russian appointed military-civilian administration said that the Kherson region will become 'an integral part of Russia'. 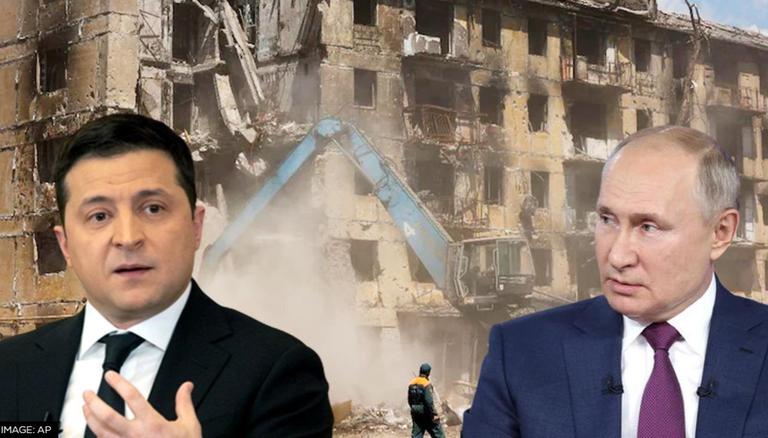 
Kirill Stremousov, the deputy head of the Russian appointed military-civilian administration said that the Kherson region will become "an integral part of Russia". Stremousov announced that Russian passports have been issued to the people in the region and they will continue to provide more passports to residents, RIA Novosti reported. His remarks came after the European Union High Representative for Foreign Affairs and Security Policy Josep Borrell condemned Russia's actions and announced that the EU will not recognize passports issued by Russia to residents of the Kherson and Zaporizhzhia regions.

In his remarks, Kirill Stremousov stressed that no one will be able to halt the integration. He highlighted that more people in the Kherson region will become Russian nationals. Stremousov announced that he will obtain Russian citizenship along with Vladimir Saldo, Russian appointed head of Ukraine's Kherson territory, as per the RIA Novosti report. He said that the Kherson residents are grateful to Russian President Vladimir Putin for allowing them to become part of Russia. Kirill Stremousov said that he will be "proud" to become a free state national which has his culture and values. As per the news report, Russian TV channels and radio stations have started broadcasting in the occupied parts of Kherson and Zaporizhzhia and have resumed trade ties with Crimea.

Earlier on June 3, the European Union "strongly" condemned the Russian Presidential decrees which called for simplifying the process of obtaining Russian citizenship and issuing Russian passports to Ukrainian citizens of the Kherson and Zaporizhzhia regions which have been temporarily occupied by Russian forces. Josep Borrell called any attempts to change the status of parts of Ukraine "a clear violation of international law, the UN Charter and Ukraine’s Constitution." He asserted that the changes made by the Russian administration will not be recognised by Ukrainian forces. Furthermore, Borrell stressed that the EU does not accept Russia's decision to introduce the Russian rubles into Ukrainian territories. He further said that Moscow's actions to alter the status of Ukrainian regions "undermines sovereignty and territorial integrity" of Ukraine. Earlier on May 26, the Ukrainian Ministry of Foreign Affairs in a statement called the issuance of Russian passports to Ukrainians a "gross violation of Ukraine’s sovereignty and territorial integrity, norms and principles of international humanitarian law."

🇺🇦MFA condemns the decree of the President of the Russian Federation, which opens the way to forcing the inhabitants of the territories temporarily occupied by the Russian army in the Kherson and Zaporizhzhia regions to acquire the Russian citizenship.https://t.co/BiMcowiJbF pic.twitter.com/pU8izUpd13