The members of the Latvian Parliament accused Russia of using suffering as a tool to "demoralise" Ukrainians and their forces to capture Ukrainian territory. 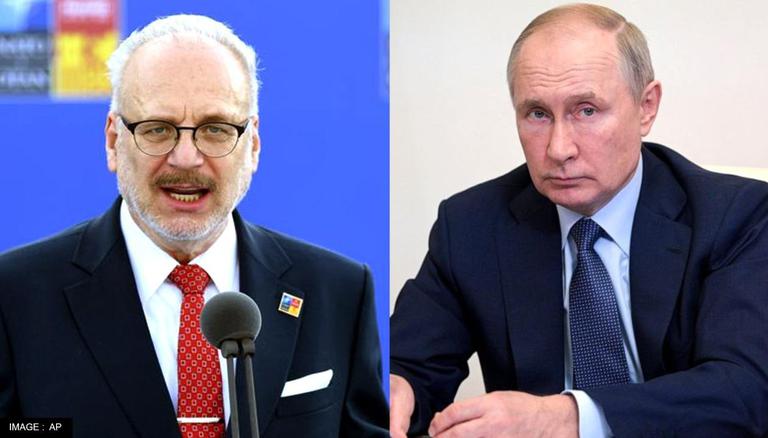 
The Latvian Parliament on Thursday, August 11, recognised Russia's violence against civilians in Ukraine as "terrorism." The Latvian Parliament, Saeima has recognised Russia as a "state sponsor of terrorism." The parliamentarians of Latvia have urged the European Union nations to suspend the issuance of tourist and entry visas to Russian and Belarusian nationals. The decision of Latvian lawmakers comes amid the ongoing war in Ukraine which continues unabated for the sixth month.

According to the statement released by the Latvian Parliament, the parliamentarians noted that the Russian offensive in Ukraine has forced 12 million people to leave their homes and over five million people have fled their homeland. The lawmakers stated that human rights protection groups and international monitoring missions have reported about atrocities committed by Russian forces against civilians, including torture, rape and mass deportation. The leaders in the Latvian Parliament have accused Russia of using suffering and intimidation as a tool to "demoralise" Ukrainians and their armed forces to capture Ukrainian territory. The Latvian Parliament has acknowledged the violence carried out by Russian forces to fulfil their political goals.

"The Saeima recognises Russia's violence against civilians, which is carried out to achieve political goals, as terrorism and Russia as a state supporting terrorism, and calls on other like-minded countries to express such an opinion," read the statement released by the Latvian Parliament.

The members of the Latvian Parliament condemned the Russian offensive in Ukraine which has received the support of the Belarusian regime. The Latvian Parliament urged the Euro-Atlantic community and its partners to bolster the sanctions against Russia. It further called on the EU nations to stop terrorism and limit the issuance of entry visas to citizens of Russia and Belarus. Rihards Kols, chairman of the Saeima Foreign Affairs Commission, stated that Russia has supported and financed terrorist organisations "directly or indirectly—as the largest arms supplier to the Assad regime in Syria."

READ | Latvia PM asserts ‘Russia has to lose’ for lasting peace; warns of conflict in Moldova

UN estimates over 5000 civilians killed in Ukraine since February 24

Notably, Ukrainian President Volodymyr Zelenskyy has been calling on the international community to recognise Russia as a "terrorist state." According to the Office of the UN High Commissioner for Human Rights (OHCHR), as of 8 August, 5,401 people have been killed and 7,466 others have been injured in Ukraine since the onset of the war on February 24. The OHCHR said that an estimated 2,081 men, 1,420 women, 169 boys, and 147 girls have been killed since the Russian military offensive began in late February. Furthermore, the gender of 39 children and 1,545 adults remains unknown.