The non-binding declaration passed by the NATO assembly Monday aimed to denounce Russia’s military operations in Ukraine “in the strongest terms”. 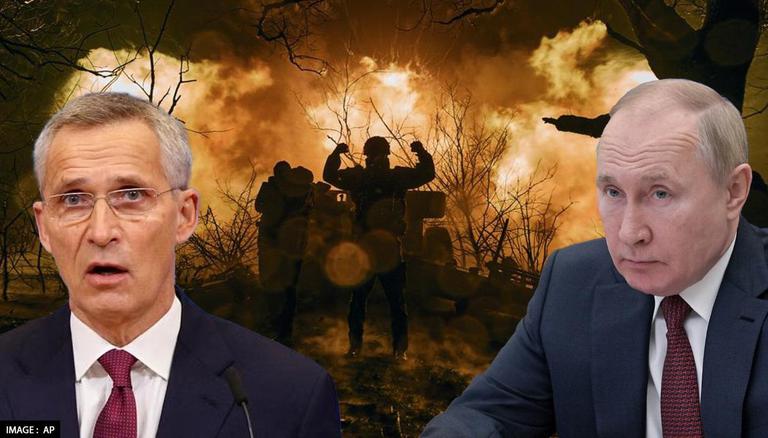 
NATO’s Parliamentary Assembly has pitched for Russia to be labelled a “terrorist” regime while adopting a largely symbolic resolution urging the members to redirect more military support for Kyiv. The resolution adopted by NATO cited Russia as a “direct threat” to “Euro-Atlantic security” and demanded an end to restrictions on the “forward deployment of NATO forces,” reported RT.

The non-binding declaration passed by the NATO assembly Monday aimed to denounce Russia’s military operations in Ukraine “in the strongest terms” while warning that “the Euro-Atlantic area is no longer at peace and that the global security environment has deteriorated rapidly” as the war in the Eastern European regions drags on without any visible conclusion.

Demands made by the resolution

The resolution presented by the NATO Parliamentary Assembly requests members to clearly state “that the Russian state under the current regime is a terrorist one,” and further urges NATO to “increase military, intelligence, financial, training and humanitarian support to Ukraine,” reported RT. Moreover, a demand for “accelerating” arms shipments to Ukraine to bolster its defence against Russian forces is also included in the resolution.

Additionally, the bloc was urged to “sustain this support for as long as it takes for Ukraine to prevail,” through the resolution. A major development amid the Russia-Ukraine conflict is the new demand via the resolution to label any existing restrictions on the “forward deployment” policy of Western forces along the borders of Russia “null and void.”

However, the resolution also addresses one major concern of the Western alliance, in terms of its arms supply to Ukraine. Requesting the need to ensure the “traceability of the weapons delivered” to Ukraine, the NATO PA resolution acknowledged that the weapons flowing to Ukraine’s abrupt battlefields have not been tracked properly. This was highlighted previously by the United States too. A small contingent of US forces present in Ukraine has been engaged in conducting on-site weapons inspections to address the issue.

Meanwhile, the United States has supplied nearly $20 billion worth of military aid to Kyiv since President Joe Biden took the Oval Office in 2021. Much of the aid came after Russia announced its Special Military Operation in Ukraine on February 24, sparking the Russia-Ukraine war. Ukraine thanked for the military aid given to the nation when President Volodymyr Zelenskyy addressed the NATO Parliamentary Assembly via a video message, just before the latest resolution was passed.

China finds a mention in the ‘Russia-focused’ resolution

It denounced Beijing’s “systemic challenge to Euro-Atlantic security” and “attempts to subvert the rules-based international order,” while calling for a “constructive dialogue,” to address the situation.