Putin stated that Russia will not impose visa restrictions on foreign citizens and added that Russian Foreign Minister Sergey Lavrov will "get angry" with him. 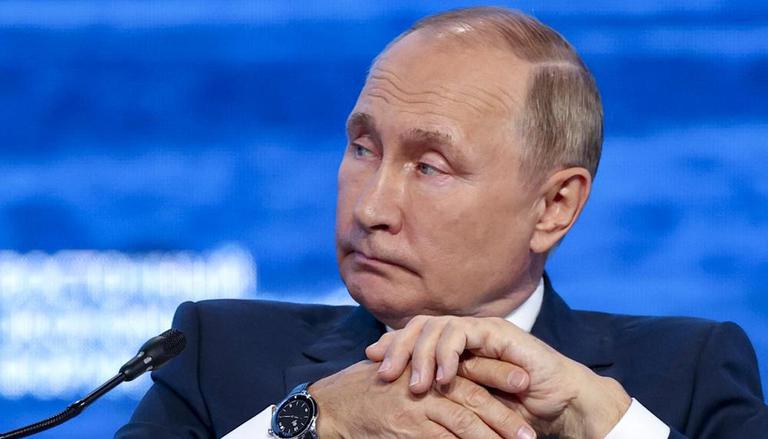 
Russian President Vladimir Putin has said that Moscow will not introduce any visa restrictions on foreign nationals in retaliation for measures introduced by the EU. In his address at the Eastern Economic Forum in Vladivostok, Putin stated that Russia will not impose visa restrictions on foreign citizens and added that Russian Foreign Minister Sergey Lavrov will "get angry" with him as Foreign Ministry follows a "tit-for-tat way," RT reported.

Putin emphasised that Moscow will not take any such action that does not meet its interests. He underscored that Russia will be "happy" with the visit of foreign citizens including businesspeople and students. Russian President Vladimir Putin said that they should allow foreign nationals to work in Russia, as per the RT report. He further said, "Why should we impose restrictions on them? There’s nothing wrong with it." He asserted that those who strained relations with Russia have "isolated" themselves not Moscow. Earlier on Tuesday, Putin had announced that he would direct the Foreign Ministry to analyse the possibility to implement visa-free travel for foreign tourists, even if the other nation does not take a similar decision.

Earlier on September 6, the European Commission proposed to fully suspend the EU's Visa Facilitation Agreement with Russia. The proposal was presented by EU Commission and it is now for the Council to assess and adopt the proposal. Once the proposal takes effect, the Russian citizens will no longer be able to have "privileged access to the EU and face a lengthier, more expensive and more difficult visa application process." In addition, the EU member states will have wide discretion in processing the short-stay visa applications from Russian nationals and the countries would be able to implement greater scrutiny concerning Russian citizens' visits to the EU.

Ukrainian President Volodymyr Zelenskyy called on European Union (EU) states to ban visas for Russian tourists and called it 'unacceptable' to allow Russian nationals in the EU. In his nightly video address on September 6, the embattled President called the European Commission's proposal to fully suspend the EU's Visa Facilitation Agreement with Russia a "significant step." He stressed that the proposal does not call for a complete ban on visas for Russian nationals, however, it shows that Russians bear responsibility for Moscow's invasion of Kyiv. Zelenskyy in his address said, "Europe is not a place for promenade for murderers and those who support them."

"It is absolutely unacceptable that European territory can be used for tourism or shopping by those who at home, in Russia, not only support the split and mockery of Europe, but also work for it," Volodymyr Zelenskyy said in his address.