Only 11% Of Americans Blame Putin's War In Ukraine For Oil Price Hike In US, Reveals Poll

In a blow for Joe Biden, a poll has revealed that only 11% of US citizens blame Russian President Vladimir Putin’s war in Ukraine for a spike in oil prices. 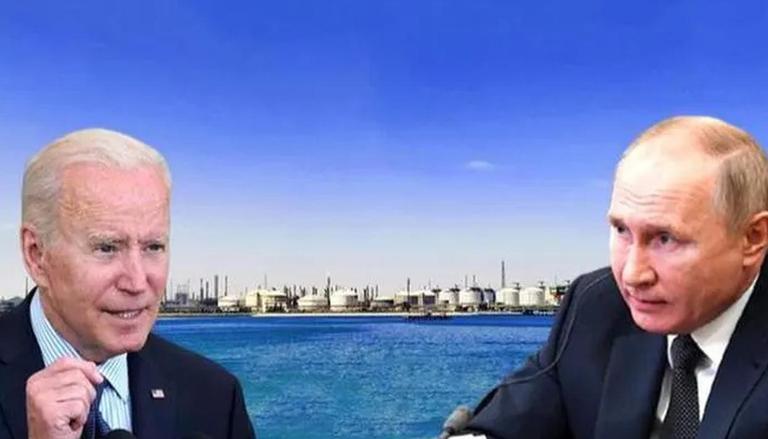 
In the latest indication of Americans losing trust in US President Joe Biden’s leadership, a poll has revealed that only 11% of US citizens blame Russian President Vladimir Putin’s war in Ukraine for a spike in oil prices. According to a Rasmussen poll published on Tuesday, the majority of people did not think that it is the Russia-Ukraine war which caused the hike in oil prices instead, blamed Biden’s poor energy policies as the main reason why gas has become unaffordable in the United States.

The public opinion was uncovered by the poll weeks after Biden blamed “Putin’s war in Ukraine” for the oil price hike. However, the Americans who did not blame the Russian and US presidents placed the responsibility for the crisis on the oil companies. While 52% blamed Biden, at least 29% of the respondents suggested that the industry is leveraging the current geopolitical tensions due to the Russia-Ukraine war to jack up the prices. 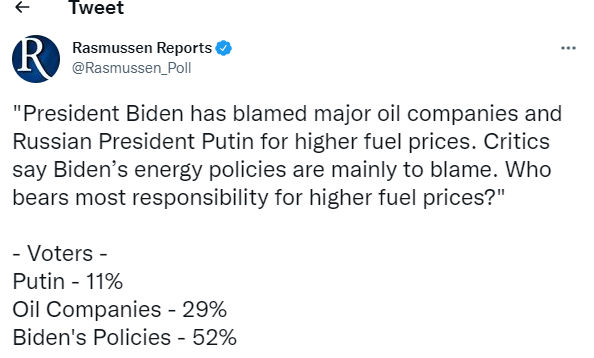 Biden says #putinpricehike, but voters disagree. Who is to blame?

Biden says its ‘Putin’s price hike’ in US

Putin announced the “special” military operation in Ukraine in late February and to express support for Kyiv, the United States banned imports of Russian oil and gas in March. According to Russian state media RT, Moscow used to export only 2%  of its oil to the US and Washington is the net gas exporter. However, earlier this month, Biden had levelled fresh blame on Putin for economic woes as US gas and diesel prices hit records per gallon. US President said it was “Putin’s price hike”.

READ | Serbia will not receive Russian oil from November 1 due to EU sanctions: President Vucic

“The two challenges on the minds of most working families are prices at the pump and prices at the grocery store. Both of these challenges have been directly exacerbated by Putin’s war in Ukraine,” Biden said in remarks near his vacation home in Rehoboth Beach, Del, “The price of gas is up $1.40 since the beginning of the year when Putin began amassing troops at the Ukrainian border,” Biden added.

READ | White House to oil refiners: 'It is time to act'

“This is a Putin price hike. Putin’s war has raised the price of food because Ukraine and Russia are two of the world’s major breadbaskets for wheat and corn,” he insisted.