Kosovo’s prime minister, Albin Kurti, has warned of Russia inflaming tensions between his country and Serbia due to the war in Ukraine faltering. 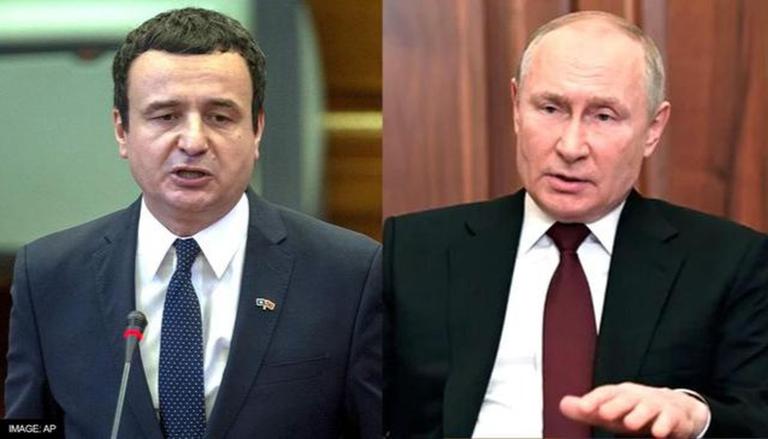 
Kosovo Prime Minister Albin Kurti warned of Russia inflaming tensions between his country and Serbia due to the war in Ukraine faltering, as Belgrade took its first step in deploying troops to the region, reported The Guardian. Ethnic Serbs in northern Kosovo, where they are in the majority, have had barricades set up for more than a week, preventing the free movement of the Kosovo authorities, despite US and EU calls for the illegal roadblocks to be dismantled. A large group of members of the Narodne Patrole, a Serbian nationalist organisation with ties to the Russian paramilitary group Wagner, had also massed on Sunday on the Serbian side of the Serbia-Kosovo border threatening to confront NATO troops.

Tensions between Serbia and Kosovo flared anew during the past week after Serbs erected barricades on the main roads in the north of Kosovo, a former Serbian province. They were protesting the arrest of a former Kosovo Serb police officer, reported AP. Shots were fired from the barricades, and a Kosovo Albanian police officer was injured. Someone lobbed a stun grenade at a European Union peacekeeping patrol mission. Serbia raised its combat readiness and warned it would not stand by if Serbs in Kosovo are attacked. Serbian President Aleksandar Vucic has called for deploying Serb troops to northern Kosovo, further fueling fears of a revival of the 1998-99 war in Kosovo that claimed more than 10,000 lives and left over one million homeless.

Kurti on December 15 formally tabled his country’s application to be granted candidacy status for membership in the European Union, a first step in what looks set to be a very long path to eventual membership. Prime Minister Kurti submitted the application to Czech Minister for European Affairs Mikulas Bek, whose country currently holds the rotating EU presidency. “The European Union is a destination we aim for and it is the destiny we embrace,” Kurti said in Prague.

For Kosovo, the latest country in the Western Balkans to apply to join the 27-member bloc, a place in the EU is a distant goal. It is locked in a long-lasting dispute with another EU hopeful, neighbouring Serbia, which has already called on the bloc to cancel the accession process. Without sorting out their differences, full membership can hardly become reality for either country. Five EU countries — Spain, Romania, Slovakia, Greece and Cyprus — have not recognised Kosovo as a nation at all for reasons that, in the cases of some of the five, include fear that recognition might encourage separatist drives in their own countries.