The Polish Prime Minister is expected to sign the country's biggest defence export contracts in the last 30 years to supply weapons to Ukraine. 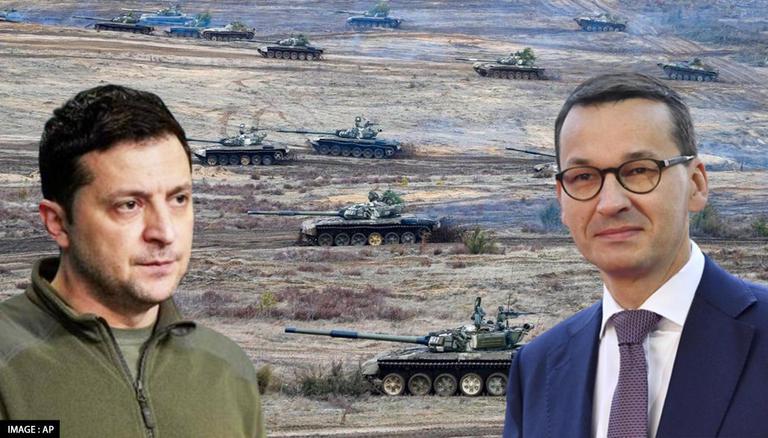 
As the ravaging war in Eastern Europe continues to escalate unabated, the Polish Prime Minister is expected to sign the country's biggest defence export contracts in the last 30 years to supply weapons to Ukraine. Addressing a press conference at Huta Stalowa Wola, a Defence contractor company, Prime Minister Mateusz Morawiecki stated that there is still a lot to be done, but the country is glad to have the opportunity to sell its weapons abroad. "We will be signing the largest arms export contract in the last three decades. We will be providing tried and tested weapons to Ukraine, that will prove to be very important on the battlefield," Morawiecki stated, TVN24 News reported.

The Polish Prime Minister further stated that Ukraine would receive some of the funding for the purchase of weapons from the European Union (EU), with the remainder coming from its own budget.

"Poland will get this money to enhance our production potential at the Huta Stalowa Wola," Morawiecki added. According to reports, Poland will be supplying 50 Krab howitzers worth about PLN 3 billion (EUR 650,000) to Ukraine under the deal.

In addition, Poland will be supplying Krab howitzers worth about PLN 3 billion (EUR 650,000) to Ukraine. Morawiecki stated that the first 18 units have already been delivered to Ukraine, and the Kyiv regime also placed the order for another 56 units on Monday. He further stated that the delivery of all the units will be completed within a year. "Safety is our top-most priority. It is the number one priority of the Law and Justice government. That is why we are also introducing a multi-billion dollar program of investments in ultra-modern weapons," the Polish President remarked, as per TVN24 New.

Poland provided continuous support to Ukraine since the Russian invasion

It is significant to mention here that Poland has continuously supported Ukraine since the onset of the war and also indicated recently that it will agree to act as a security guarantee for Ukraine.

Polish President Andrzej Duda stated that Warsaw would be ready if Ukraine asks them to become security guarantors and peace guarantors after the war. Meanwhile, the Polish government also stated that the country is making an utmost effort to be the centre of the UN-led international fund to support the reconstruction of Ukraine.

WE RECOMMEND
US will do everything to put Ukraine in position of strength against Russia: White House
China warns West against sending weapons to Ukraine & imposing sanctions on Russia
Russia's Lavrov renews warning to West against supplying long-range weapons to Ukraine
Ukraine claims Belarus intends to increase its army size from 45,000 to 80,000 troops
Ukraine accuses Russian forces of mining routes of Ukrainian troops towards Rubizne