The head of Catholic Church Pope Francis has compared Russia's war against Ukraine with the Holodomor. The statement was made by the Pope at St. Peter’s square. 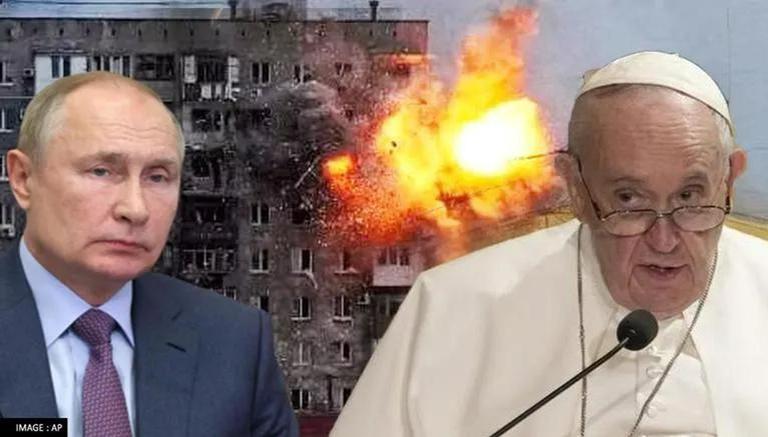 
The head of Catholic Church Pope Francis has compared Russia's war against Ukraine with the Holodomor, according to a report from New York Times. “Let us pray for peace in the world, and for an end to all conflicts, with a special thought for the terrible suffering of the dear and martyred people of Ukraine,” the Pope said. Pope Francis' comparison of the Russian invasion with Holodomor is perhaps his strongest condemnation of Moscow.

The statement was made by the Pope during his weekly address at St. Peter’s square. The Pope was commemorating the Holodomor, which is observed on the fourth Friday of November. Nearly 6,600 Ukrainians have been killed since the start of Russian invasion, the UN Human Rights Office said Monday.

What is the Holodomor?

The Holodomor was a result of Soviet dictator Josef Stalin's policies, which resulted in the death of millions. Stalin announced a policy of forced collectivisation of farms, to undermine Ukrainian nationalism. Villages after villages died due to starvation. 31 percent of those who died were people under the age of 10. At the height of the Holodomor, 28,000 people died per day. Wheat and grains of Ukrainian farmers were confisticated by the Communist government and exported, to fund Stalin's government. Around one third of all Ukrainian villages were blockaded, to ensure no one could access food supply. Holodomor receives very little attention, compared to the Holocaust.

In the initial days of the Russia Ukraine war, Pope Francis avoided criticising Russia and said that the Vatican will maintain its policy of not taking sides. He also said that weapons should not be supplied to Ukraine with the intention of escalating the conflict. He argued that supplying weapons to Ukraine with the intention of helping Ukraine defend itself is moral but supplying weapons with the intention of prolonging the conflict is immoral. Pope Franics received criticism from many Ukrainians when he expressed regret at the death of Daria Durgina, a 29 year old Russian civilian. “The madness of war. The innocent pay for war — the innocent! Let us think about this reality and say to each other, ‘War is madness'," he said at that time.