Russian President Vladimir Putin has warned that Moscow will stop the export of oil and gas if price caps are imposed on Russian energy. 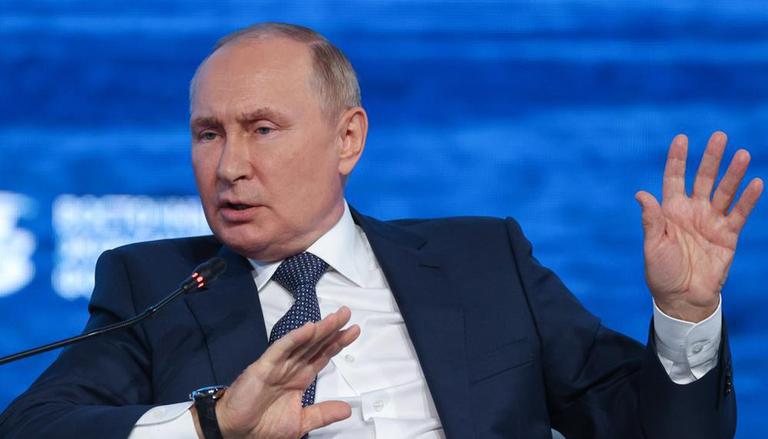 
Russian President Vladimir Putin has warned that Moscow will stop the export of oil and gas if price caps are imposed on Russian energy. In his address at the Eastern Economic Forum in Vladivostok on 7 September, Putin termed Europe's idea to introduce price caps on Russian energy as "stupid," The Independent reported. He underscored that Russia will not "supply anything at all if it contradicts" the interests of Moscow.

Vladimir Putin's remarks come after G7 leaders pledged to implement a price cap on Russian oil imports in a bid to reduce Russian revenues and Russia´s ability to finance its war in Ukraine. In his address, Vladimir Putin said that Russia will not export gas, oil, coal and heating oil. He underscored that they have only one option left and quoted a Russian fairy tale in his address. According to The Independent, Putin said, "We would only have one thing left to do: as in the famous Russian fairy tale, we would sentence the wolf’s tail to be frozen."

In his speech, Russian President Putin blamed Western sanctions for causing hindrance to the maintenance of the last turbine that remains in operation, according to AP. He dismissed the EU's accusations that Moscow was using energy as a weapon by halting the export of gas through the Nord Stream 1 gas pipeline to Germany. In his address at the Economic Forum, Russian President Putin stressed that Moscow has "resisted the economic, financial and technological aggression of the West." He admitted that Russia's economy will shrink by 2% this year. However, he emphasised that the economic situation in Russia has stabilized and inflation has been reduced.

Earlier on 2 September, Group of Seven (G7) Finance Ministers held a meeting to discuss their united response to Russia´s offensive against Ukraine and its consequences on the global economy. G7 leaders vowed to implement a price cap on Russian oil imports in a bid to reduce Russian revenues and Russia´s ability to finance its war in Ukraine. G7 Finance Ministers in the statement said, "We confirm our joint political intention to finalise and implement a comprehensive prohibition of services which enable maritime transportation of Russian-origin crude oil and petroleum products globally."

"The provision of such services would only be allowed if the oil and petroleum products are purchased at or below a price (“the price cap”) determined by the broad coalition of countries adhering to and implementing the price cap,"  G7 Finance Ministers said in the statement.

Today the @G7 finance ministers issued a joint statement on the extension to the #G7 of the services ban related to the export of Russian oil and petroleum products in combination with a price cap. ➡️ https://t.co/GuqoUea8hb #Sanctions