Kremlin confirmed that the Russian President Vladimir Putin will attend the BRICS Summit and said the leader will discuss both regional and global issues. 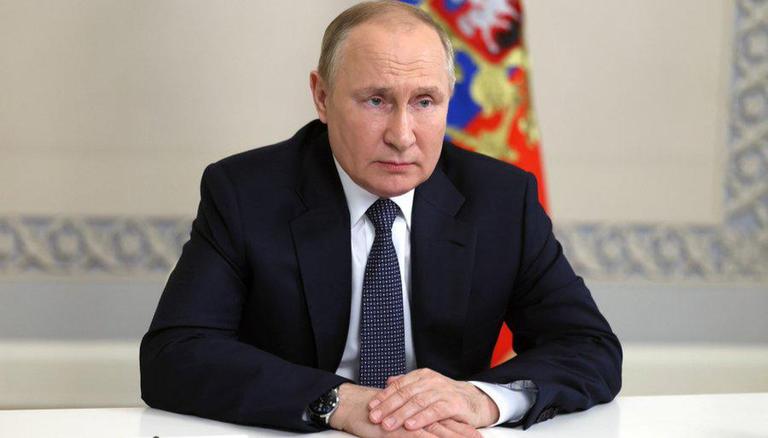 
Ahead of the much-awaited BRICS Summit, Kremlin confirmed that the Russian President Vladimir Putin will attend the conference virtually and said the leader will discuss both regional and international issues. Notably, this year, the 14th Summit will be hosted by China in a virtual mode on 23-24 June. According to the statement released by the Kremlin, the Russian boss will touch on five major issues including--  political, economic, cultural and humanitarian areas. Besides, it said that Putin will also exchange his views on some international issues. However, the statement did not mention whether the Russian boss would discuss the ongoing "special military operation" or not.

"The leaders of Brazil, Russia, India, China and South Africa will be focusing on the state of affairs and prospects of multifaceted cooperation within the [group of] ‘five’ in the political, economic, cultural and humanitarian areas," read the statement.
"They are also expected to touch upon pressing international and regional issues. The key agreements will be reflected in the summit’s final declaration," added the statement. Subsequently, on June 24, Kremlin said Putin will also speak at a meeting in the BRICS Plus format with the participation of the leaders of a number of invited states.

Notably, the BRICS summit is due to be held on June 23-24 with Indian Prime Minister Narendra Modi, Russian President Vladimir Putin, Chinese President Xi Jinping and leaders of Brazil and South Africa. Though the Indian PM and Putin had held several telephonic conversations after the onset of the war, this would be the first time when the trio -- India, China, and Russian leaders-- would meet on a common platform along with other BRICS leaders.

It is worth mentioning that BRICS has become a platform for discussing and deliberating on issues of common concern for all developing countries. BRICS countries have regularly called for reform of the multilateral system in order to make it more representative and inclusive. Last week, the Finance Ministers and Central Bank Governors of the BRICS nations published a joint statement during a virtual conference wherein the members agreed to increase financial collaboration and boost macroeconomic policy coordination. The summit urged the global community to expand partnerships, highlighting that macro-policy coordination is essential in guiding the world economy out of crisis and constructing a robust, sustainable, balanced, and inclusive post-pandemic economic recovery.