Putin’s Military Mobilization 'will Not Change' Course Of War In Ukraine In 2022, Says ISW

The ISW said that Putin's order to mobilize part of Russia's "trained" reserve will not be able to generate Russian combat power for months. 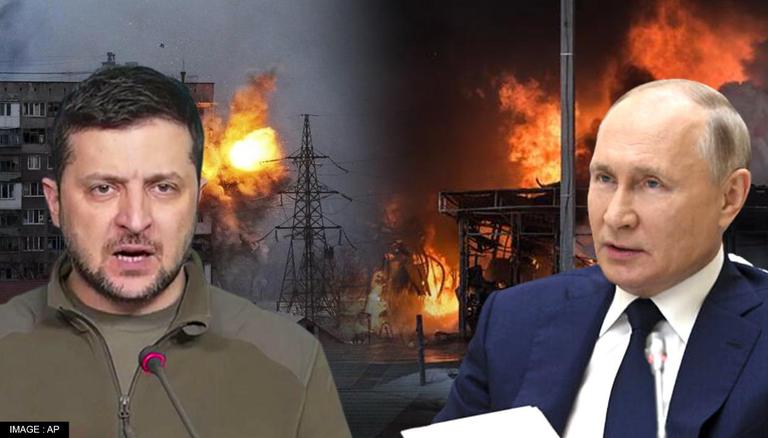 
Russian President Vladimir Putin's order of partial mobilization showcases "many problems" Russia faces in its aggression against Ukraine, the Institute for the Study of War (ISW) said. In its assessment report, ISW stated that Russia will not be able to resolve the issues it faces in the coming months and the military mobilization will not change the course of war. It underscored that Putin's order to mobilize part of Russia's "trained" reserve will not be able to generate Russian combat power for months.

"Russian President Vladimir Putin’s announcement of “partial mobilization” on September 21 reflected many problems Russia faces in its faltering invasion of Ukraine that Moscow is unlikely to be able to resolve in the coming months," ISW said.

It further added, "Putin’s order to mobilize part of Russia’s “trained” reserve, that is, individuals who have completed their mandatory conscript service, will not generate significant usable Russian combat power for months." According to ISW, Russia may "suffice" to maintain the current levels of Russian military manpower in 2023 by offsetting casualties. It stated that Russian President Vladimir Putin and Defence Minister Sergey Shoigu's statement that only reservists who have completed initial military service will be mobilized shows that Russia will not be increasing conscription. The ISW claimed that Russian reserves have been "poorly trained" and they receive no refresher training after their conscription period is completed. On September 21, Putin announced partial mobilization in Russia. He made the announcement a day after Russian-occupied regions in Ukraine announced their plans to hold a referendum on joining Russia.

Russian President Vladimir #Putin’s announcement of “partial mobilization” reflected many problems Russia faces in its faltering invasion of #Ukraine that #Moscow is unlikely to be able to resolve in the coming months.https://t.co/etfE4Kiz8T pic.twitter.com/Vvblyck6FF

In its assessment of the ongoing war, the ISW informed that the Russian armed forces continue ground attacks on the outskirts of Bakhmut, against Avdiivka and continued firing along the frontline in Donetsk on September 21. In its assessment regarding Ukraine's counteroffensive, the ISW said that Ukrainian armed forces continued to carry out offensive operations around Lyman. Furthermore, the ISW revealed that Ukraine's troops carried out strikes in the north and east of Kherson city against Russian logistics, military, and transportation assets. On September 21, Ukrainian President Volodymyr Zelenskyy asserted that he does not intend to end his plan to liberate territories of Ukraine and stressed that they will act as per their plan, Bild reported. He made the remarks after Putin announced partial mobilization in Russia. Earlier, Zelenskyy announced that Ukraine has 'liberated' more than 6,000 square kilometres of its territory.

READ | At UN, Russia's war in Ukraine is both text and subtext
READ | Russia resumes space mission with US despite tensions with West over Ukraine war
READ | EU plans new sanctions against Russia after Putin escalates nuclear threat
First Published: 22nd September, 2022 13:45 IST
SUBSCRIBE TO US