"Seems western malicious attempts to accuse Russia of 'aggressive nuclear rhetoric' would never end," a delegation of Russia said at Vienna talks on May 18. 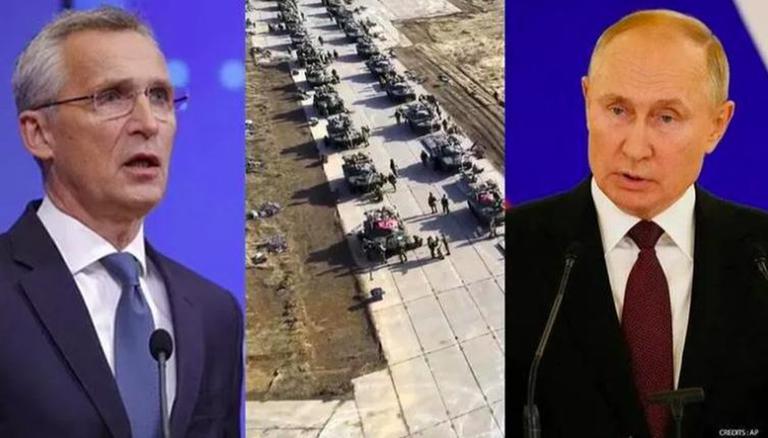 
Russian delegation on Thursday, May 19, accused the "nuclear US-UK-France troika" - the nuclear alliance of NATO, of waging a proxy-war strategy against Moscow by bringing weapons into Kyiv, and expanding the alliance to its eastern flank, posing a grave threat to Russia's national security.

In a statement made at the Military Security and Arms Control summit in Vienna on May 18, Moscow lambasted US' Democratic majority leader Steny Hoyer for "openly declaring that the US is in a state of war with Russia". Hoyer (D-Md.) was arguing on the House floor about the ongoing inflation of the energy costs due to Russia's war.

Russia refuted United States narrative of it waging a "nuclear war" saying that such a conflict "must never be fought" and that any military conflict between nuclear powers "must be avoided as declared by P5 countries".

Moscow accused the West of flaring the Ukraine conflict by supplying weaponry to Ukraine to kill Russian commanders and its military forces. Pentagon and its allies have supplied more than 60 anti-tank missile systems and more than 25 MANPADS to the Kyiv regime, Russian delegation noted.

Russia asserted that US Department of Defense Secretary Austin Lloyd has admitted that such dangerous weaponry has been supplied to Kyiv, that it is difficult to track and prevent from getting to the wrong hands via the black market. It may pose a big threat to commercial airlines and transport, Russia added.

US defense Secretary had also earlier made controversial statements, saying that United States wants to see Ukraine win the war and a “weakened” Russia that no longer has the capacity to invade its neighbours. “We want to see Russia weakened to the degree that it can’t do the kinds of things that it has done in invading Ukraine,” Austin said during his visit to Poland, Russian delegation reminded. Austin defined “America’s goals for success” in Ukraine, said Russia.

Russia alleged that for years, the US has used Ukraine to covert its covert biological programs, including the ones on the mentally disabled and children, who have been used as test subjects for tuberculosis and other dangerous pathogens.

"Russian goal is to end this mil-bio activity for good," the delegation said. Justifying the war in Ukraine, Russia stated that its "special military operation" is being conducted to demilitarise and denazify Ukraine, to defend the people of DPR, LPR and Ukrainians themselves against Nazi atrocities. "The Russian people express firm support for the Operation which will continue to go as planned," the delegation said.