Russian Ministry of Defence on June 1, confirmed that the drills were being held by nuclear forces on Russia’s own territory with more than 1,000 soldiers. 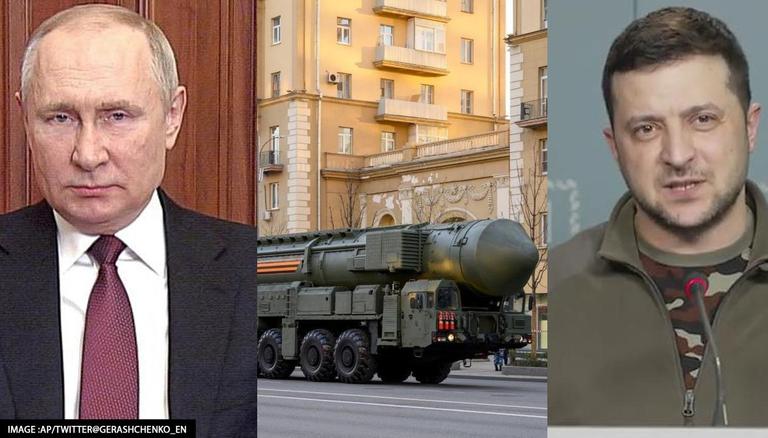 
As the United States is set to officially approve the M142 High Mobility Artillery Rocket Systems (HIMARS) for Ukraine that could strike Russian targets roughly 50 miles, Moscow’s military troops launched a nuclear drill in the Ivanovo province in the northeast near the Uvod river. Russian Ministry of Defence on Wednesday, June 1, confirmed that the drills were being held by nuclear forces on Russia’s own territory with more than 1,000 soldiers. Russian MoD described the nuclear drills as  "intense maneuvers" using 100 vehicles armed with Yars intercontinental ballistic missile launchers.

The Ministry of Defense of the Russian Federation announces the involvement of about a thousand military personnel in the missile forces and more than 100 pieces of equipment.#RussianWarCrimes #UkraineRussiaWar pic.twitter.com/hEUmzbEDS5

As a part of the eleventh package of aid, Washington earlier yesterday confirmed that it will be sending Ukraine US-made High Mobility Artillery Rocket Systems, known as HIMARS to protect itself against the Russian assaults. HIMARS will be equipped with munitions that will help Ukraine launch rockets about 80 kilometers (49 miles) at the Russian troops. US officials although clarified that Washington is “not encouraging or enabling Ukraine to strike beyond its borders,” and is “not seeking to prolong the war.”

In a stark reminder of the country's nuclear might, Russia started nuclear capable military drill launching cruise missiles, hypersonic cruise missiles and thermonuclear armed intercontinental ballistic missile RS 24 to demonstrate readiness of Russia’s deterrent forces. As he launched a "speacial military operation' inside Ukraine, Russia's Presdient Vladimir Putin ordered his defence minister and the chief of the military to put nuclear deterrent forces in a ‘special regime of combat duty’. Putin had accused NATO of making “aggressive statements” against Russia, as well as condemned the hard-hitting, West coordinated financial sanctions. Russia's presdient had also ordered the Kremlin officials to kick start the nuclear war evacuation drill as he had put the “doomsday” planes including Ilyushin Il-80 Maxdome on standby.