The UK ministry claimed that the Russian missile attack on rail infrastructure was likely an attempt to disrupt the supply of Western military equipment. 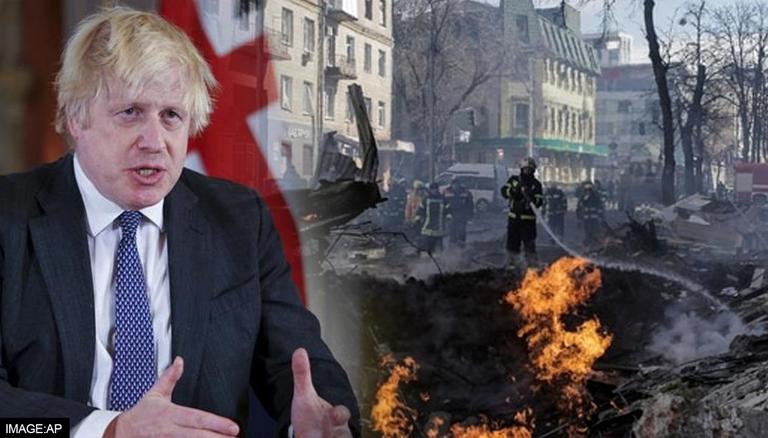 
The UK Defence Ministry in the latest intelligence update has said that Russian-Kh-101 air-launched cruise missiles hit railway infrastructure in Kyiv in the early hours of 5 June. The UK ministry claimed that the Russian missile attack on rail infrastructure was likely an attempt to disrupt the supply of Western military equipment to Ukrainian forces. According to the intelligence update released by the British Defence Ministry, heavy fighting continues in Sieverodonetsk and Russian armed forces have been trying to push the Ukrainian troops towards Sloviansk in an attempt to encircle troops of Kyiv.

In the intelligence update, the UK Defence Ministry has said that Russian forces have transported multiple air defence assets to Snake Island in the Black Sea after the loss of the cruiser Moskva in April. According to the Defence Ministry, these weapons have been moved to Snake Island to provide air defence for Russian naval vessels that operate around Snake Island. It further said that the activity of Russian armed forces has played a part in the blockade of the Ukrainian coast and stopped the exports of Ukrainian grains. It is pertinent to mention here that the UK has been providing defence and humanitarian assistance to Ukraine ever since Russia launched military aggression in Ukraine on February 24.

Find out more about the UK government's response: https://t.co/7sDt8fXMK3

In the latest development, the UK government has decided to provide long-range rocket artillery to Ukraine. The British Defence Ministry will be delivering a handful of M270 multiple launch rocket systems which have the capacity to hit targets which are at a distance of up to 50 miles away, The Guardian reported. UK Defence Secretary, Ben Wallace, has said that the decision to provide rocket launchers was "justified" as "Russia's tactics change" and stressed that they also need to change ways of support of Ukraine. The announcement of Ben Wallace comes after Russian President Vladimir Putin warned that Moscow's forces might hit earlier untouched targets if missile supplies continue for Ukraine. Putin said that if missiles continue to be delivered to Ukraine, Russian forces will make use of "means of destruction" to target those "objects" that have not been hit, Sputnik reported. The Kremlin leader stated that the delivery of additional military equipment to Ukraine indicates that they seek to prolong the conflict.