Canada's decision to purchase National Advanced Surface-to-Air Missile System (NASAMS) for Ukraine has been met with criticism from Russia. 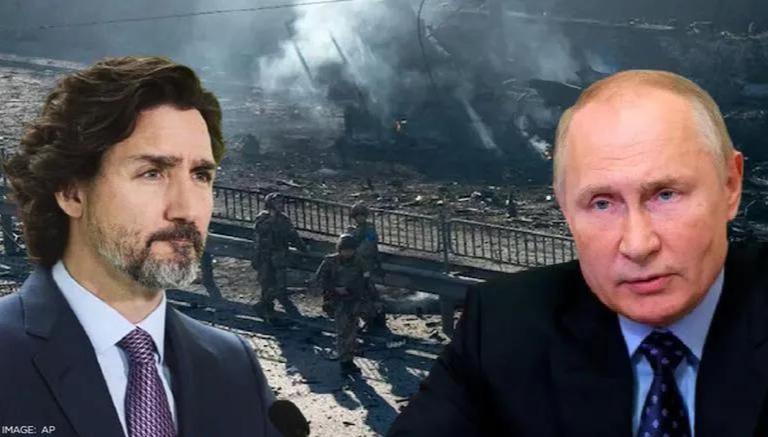 
Canada's decision to purchase National Advanced Surface-to-Air Missile System (NASAMS) for Ukraine has been met with criticism from Russia. Russian Ambassador to Canada, Oleg Stepanov, accused Prime Minister Justin Trudeau's cabinet of "funneling money to fuel up war and support an illegitimate regime thousand kilometers away from Canada", as per a report from Sputnik. The purchase of NASAMS, which was announced by Defense Minister Anita Anand on Tuesday, is the first Canadian donation of an air defense system to Ukraine.

The decision was made during a bilateral meeting between Prime Minister Trudeau and President Joe Biden on the margins of the North American Leaders' Summit in Mexico City. While Canada's support for Ukraine has been consistent, Ambassador Stepanov's statement highlights the tension surrounding the issue. The Russian ambassador went on to say that the decision to support Ukraine in this way, "looks ridiculous," particularly against the backdrop of domestic problems Canada is currently facing. "This is just an amusing bystander observation. Of course, it’s up to the Canadians to decide if this policy is adequate," he added..

Will Canada's move lower tensions or do the opposite?

It remains to be seen how Russia will respond to Canada's decision to provide air defense systems to Ukraine. It is also unclear how much this purchase will cost and if this move will increase the tensions in the region or lower them. Ukraine has been seeking missile defence systems since Russia started striking Ukraine's critical infrastructure.

The National Advanced Surface-to-Air Missile System (NASAMS) is a medium to long-range, mobile air defense system developed by the Norwegian company Kongsberg Defence & Aerospace. The system is designed to protect against a wide range of airborne threats, including aircraft, helicopters, cruise missiles, unmanned aerial vehicles (UAVs), and precision-guided munitions. NASAMS is based on the use of multiple, networked fire units, each of which can be equipped with different types of missiles and sensors. The system can be integrated with a variety of radar and electro-optical sensors, including the AN/MPQ-64 Sentinel 3D radar and the EOST-45 electro-optical tracking system.

NASAMS can also be integrated with other air defense systems, such as the Patriot and THAAD, to create a layered defense network. The system has been widely adopted by countries around the world, including the United States, Spain, Norway, Finland, and The Netherlands. The US army primarily uses the NASAMS II version which was first deployed in 2009 and recently in 2021, the US announced its plan to upgrade the NASAMS system to counter the threat from drones and cruise missiles.

The system is highly mobile, and can be quickly set up and taken down to support rapid deployment in various types of terrain and weather conditions. The NASAMS system is primarily used for homeland defense, military bases, airports and critical infrastructure protection, but it also has a potential to be used for peacekeeping, humanitarian aid and disaster response operations. It's also important to flag that there are different versions of the NASAMS, and that different countries use various versions of the system. It can also be integrated with other systems and sensors, so the capabilities and performance of the system can vary depending on how it is configured and deployed.