On Monday, the Defence Ministry of the Russian Federation announced that a ceasefire deal has been reached to remove Ukraine's injured soldiers. 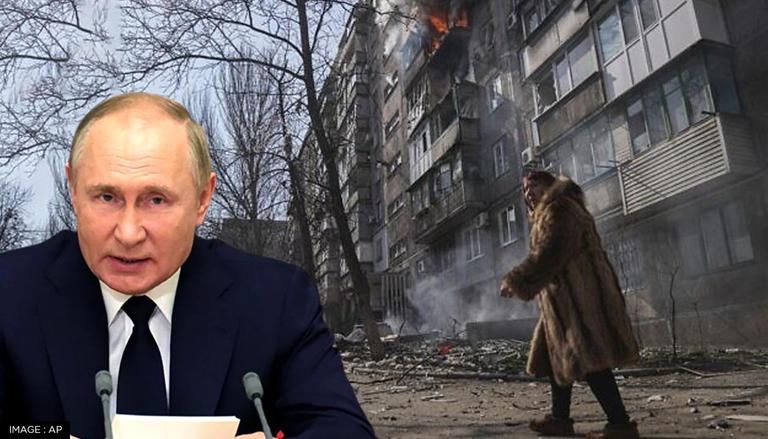 
On Monday, the Defence Ministry of the Russian Federation announced that a ceasefire deal has been reached to remove Ukraine's injured soldiers from the Azovstal steel plant in the besieged port city of Mariupol. It further stated that an agreement was made with representatives of the Ukrainian military to evacuate the stranded injured Ukrainian soldiers from Azovstal.

The Ministry further stated that the injured Ukrainian soldiers would be sent to a hospital in the adjacent town of Novoazovsk. However, the officials in Ukraine have not yet confirmed the report. Hundreds of Ukrainian soldiers remained locked up for weeks in the underground tunnels of the massive Azovstal steel plant, which has been encircled by Russian forces since Moscow gained control of Mariupol. The Azov battalion, which has led the defence of Mariupol, has broadcast desperate recordings from the facility, claiming that men are dying there from their wounds and lack of food and water.

This comes after Ukraine's President, Volodymyr Zelenskyy said on Sunday night that they are negotiating the evacuation of injured Ukrainian soldiers who are stranded in the steel plant. He further said that what matters is that the agreements are followed, according to media reports. Iryna Vereschuk, who is Ukraine's Deputy Prime Minister stated last week that 500 to 600 soldiers were injured in the steelworks and that the parties were currently negotiating the evacuation of those in the worst conditions. She stated that they are currently negotiating the release of 38 severely injured soldiers, claiming that Ukraine has requested to Russia that the wounded from Azovstal be exchanged for Russian captives captured by Ukrainian forces.

Russia has continued its onslaught in Mariupol and has been blamed for blocking the port in the city. President Zelenskyy said that Russia's blockade of Ukrainian ports is causing a large-scale food crisis, as he questioned countries that delayed imposing sanctions on Moscow. He said that Russian leaders are also publicly threatening the world with famine in dozens of countries.  However, Petro Andriushchenko, the Mariupol mayor's adviser stated earlier today that Russia want to reopen the port of Mariupol but the sunken Meotyda freighter has thwarted the Russian occupiers' efforts.