Russia-Ukraine War: China Demands Explanation From US Regarding Its Biolabs In Ukraine

As Russia has claimed that the United States is funding Biolabs in Ukraine, China has demanded an explanation from the US over the Biolabs. 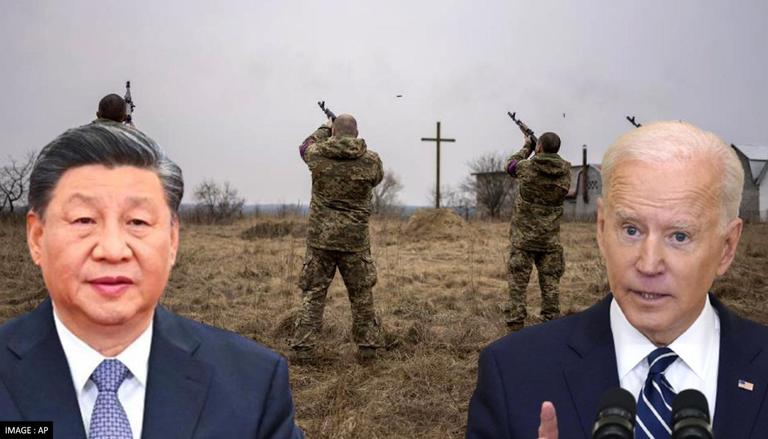 
As Russia has claimed that the United States is funding Biolabs in Ukraine, China has demanded an explanation from the US over the biolabs. China's UN representative Zhang Jun has urged the United States to address concerns about Ukrainian Biolabs and any research conducted there. Zhang stated that any information or leads on biological military actions should raise the international community's alarm and attention to avert irreversible harm.

Zhang further stated that on the question of weapons of mass destruction and biological security, China has a consistent stance and that China supports the total prohibition and complete destruction of all weapons of mass destruction, including biological and chemical weapons, and strongly opposes the development, possession, or use of such weapons by any country under any circumstances, according to Global News. China also urged countries that have not destroyed their chemical weapons stockpiles to do so as soon as possible.

US has built hundreds of such laboratories in other nations: Russian FM

The fact sheet provided released on March 11 suggests the United States has contributed around $200 million in Ukraine since 2005 with the Ukrainian government to fund 46 Ukrainian laboratories, health centres, and diagnostic sites. Russian Foreign Minister Sergei Lavrov stated the US has built hundreds of such laboratories in other nations, in addition to the over 30 Biolabs in Ukraine, according to Xinhua.

Despite the fact that US officials have rejected the claims regarding the Biolabs as "disinformation" and "conspiracy theories," there have been requests for Washington to comply with the Biological Weapons Convention (BWC) and provide clarifications. Prof. Emeritus of Environmental Toxicology at the University of Leeds in the United Kingdom, Alastair Hay said that through a post-COVID War programme, the United States has supported several laboratories in Ukraine and that these labs are primarily responsible for disease surveillance.

Direct talks between parties involved are the most effective method: China

In the meanwhile, on the Russia-Ukraine war situation, China underlined at the UN Security Council meeting on Friday that direct talks between the parties involved are the most effective method to resolve the Ukraine problem. China claims that it will continue to promote peace discussions and hopes that all sides will do more to promote peace talks.

(With inputs from RT News)