Europol also intends to set up an international working group to stop criminals from gaining weapons used in the Russia-Ukraine war after the conflict ends. 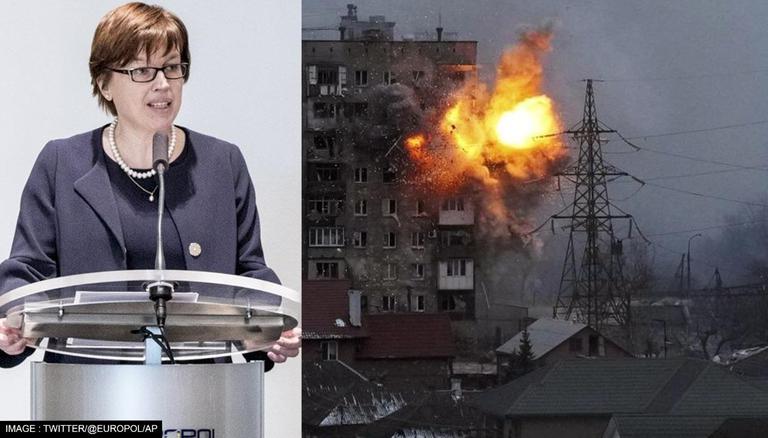 
The European Union Agency for Law Enforcement Cooperation (Europol) is intending to set up an international working group to stop criminals from having control over weapons supplied to Ukraine after the war ends. Europol's Executive Director Catherine De Bolle has raised concerns about who will end up with weapons that have been sent to Ukraine, DW reported, citing Welt am Sonntag. She said that weapons from the war between Russia and Ukraine continue to be used by "criminal groups" even at present.

Catherine De Bolle said that the war at "some point will be over" and they are making efforts to avoid the situation that took place in the Balkans three decades ago after the war that broke out after the collapse of Yugoslavia was over. She asserted that Europol aims to monitor the movement of terrorists and violent extremist groups to and from Ukraine. Europol's Executive Director Catherine De Bolle called the situation in Ukraine "highly dynamic and fragmented." She stressed that Europol continues to monitor figures they receive from European partners.

Catherine De Bolle underscored that those who become 'disillusioned' by the violence they have seen in Ukraine will be monitored, as per the DW report. The development comes as several European nations have imposed sanctions against Russia after Moscow began its military offensive in Ukraine. Furthermore, the EU nations continue to provide economic, humanitarian and defence support to Ukraine. The EU nations have been supplying weapons and other military equipment to Ukraine as they continue to fight against Russian troops.

Earlier on May 24, Europol hosted the first in-person operational meeting as part of Operation Oscar which included Ukrainian representation from Ukraine's General Prosecutors Office. Europol along with the EU Member States, Eurojust and Frontex jointly launched Operation Oscar on April 11, according to a statement issued by the European Police agency.

Operation Oscar is aimed at supporting financial investigations by the EU Member States targeting criminal assets owned by individuals and legal entities sanctioned due to the Russian military offensive against Ukraine. Europol will review all the information gathered under Operation Oscar to identify international links, criminal groups and suspects. Furthermore, Europol is taking part in a human trafficking task force that aims to protect "vulnerable Ukrainian refugees from human trafficking networks." Meanwhile, Europol has deployed operational teams to the European countries neighbouring Ukraine.

🇪🇺🇺🇦 Europol, together with EU Member States, @Eurojust & @Frontex, launched Operation Oscar to support the freezing of criminal assets owned by individuals & legal entities sanctioned in relation to the Russian invasion of Ukraine.