Aerial footage showed how Ukraine’s UAV prompted the Russian fighter to surrender but the circumstances of the situation also remain unclear. 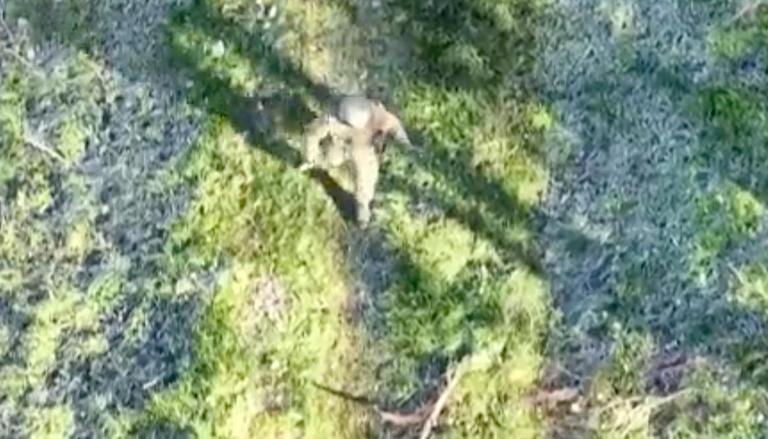 
Ukraine's Ministry of Defense has claimed that the Russian soldiers have been surrendering to a Ukrainian unmanned aerial vehicle (UAV) on the battlefield. Footage purportedly showing a Russian soldier was shared by the Ukrainian MoD raising his hands in what appears to be the frontline terrain of the war and walking towards the Ukrainian forces shooting the scene on the camera. "Drones know,” tweeted the Ukraine Defense Ministry, adding that they "took into captivity an [Russian] occupier that realized that surrender is a chance to survive.” The aerial footage could not be independently verified by Republic Media Network but it showed how Ukraine’s UAV prompted the Russian fighter to surrender. The circumstances of the situation also remain unclear.

🇺🇦 drones are the fiercest enemies of the 🇷🇺 occupiers.
But it turns out not of all of them.
This one took into captivity an occupier that realized that surrender is a chance to survive, as opposed to attempting to resist the #UAF, where the chance of survival is 0.
Drones know. pic.twitter.com/mHU6CyVN9F

During the initial months of the invasion, a soldier dubbed “Bob Sala" of the 247th Kharkiv Territorial Rifle Battalion told the Ukrainian World Congress that the heavy deployment of the Ukrainian drones in Kherson made Russians surrender. As many as three soldiers complied with the surrender order to the drones of Ukraine, Sala claimed in a statement to the outlet. "This shows how drones can be used not only to save Ukrainian lives but also to capture Russian soldiers, who will be able to testify against their criminal government at a later stage," Sala at the time claimed.

Under the Geneva Convention, troops that surrender during the battle are protected and given immunity. Ukraine also claims that it launched "I Want to Live" hotline in September for the Russians to surrender to Ukrainian forces. Their lives would then be spared and the service received over 3500 calls, he said. In the occupied regions during the war, such hotline services felicitate the surrender of both Ukrainians and the Russians, the project’s spokesperson reportedly told Ukraine-based Kyiv Post newspaper in an interview.

"UAV operators, depending on the type of equipment, conduct radio reconnaissance, tap enemy communication lines, catch on camera the areas where Ukrainian militants are stationed, and send SMS messages with calls for laying down arms to the subscribers of mobile operators the nationalists are known to be using," Russia's defense ministry also claimed, according to the state-affiliated agency Tass. Russians have been using the Iran-manufactured Shahed 136 drones to target the defensive positions of the Ukrainian Army.